4-hydroxy-N,N-diisopropyltryptamine is a non-naturally occurring structural analog of psilocin, in which both N,N-di-methyl groups of psilocin are replaced with isopropyl groups (Figure 1). In 1977, David Repke first synthesized 4-HO-DiPT as the hydrochloride salt.1 However, he did not characterize its freebase form. On January 14, 2022, the US Drug Enforcement Administration proposed placing 4-HO-DiPT in Schedule I of the Controlled Substances Act.2 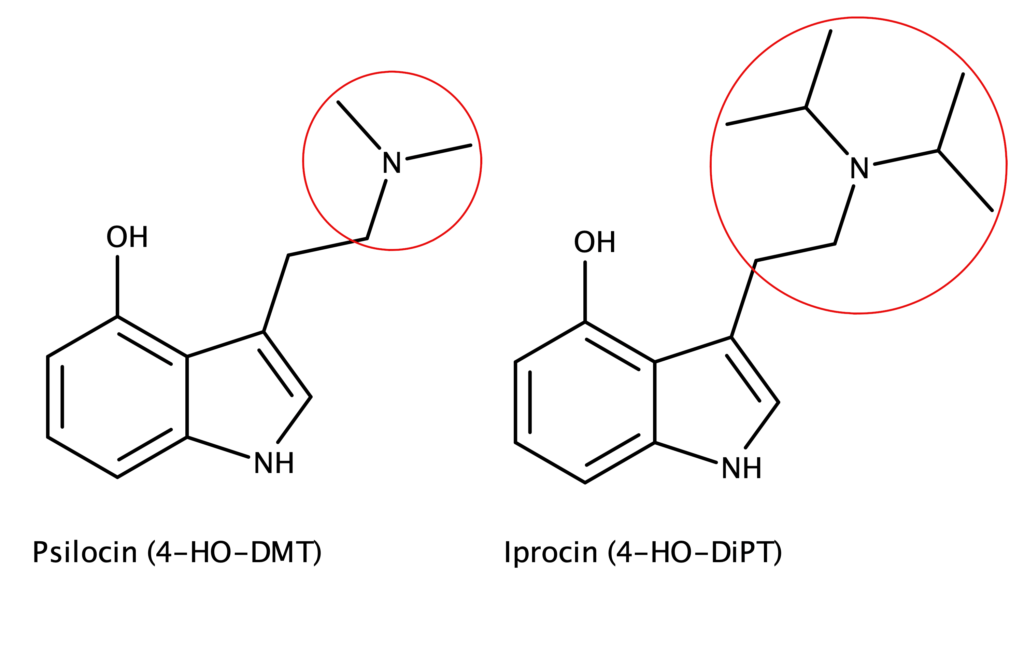 Figure 1: The chemical structures of Psilocin and Iprocin.

On December 30, 2021, 4-HO-DiPT glutarate, a “hemiester” prodrug of 4-HO-DiPT was reported in the patent literature.3 The authors mentioned three different forms of the compound, including (1) the zwitterionic form, (2) the hydrochloride salt, and (3) a form having both a protonated carboxylic acid and a freebase amine, shown below in Figure 2. 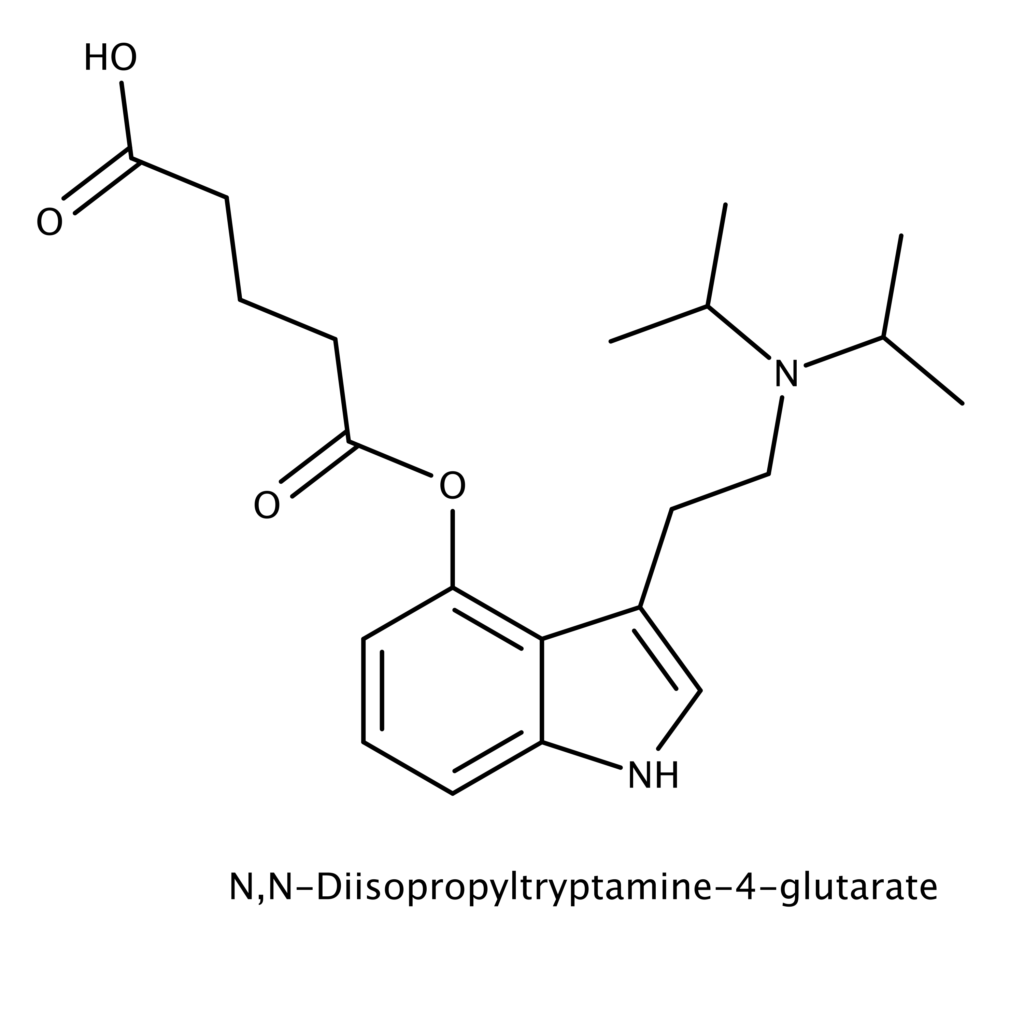 See the tables at the end of this article for dose and receptor binding affinity data for 4-HO-DiPT.

In 2020, Adam Klein and his research team reported both in vitro and head-twitch response (HTR) data for 4-HO-DiPT hydrochloride and the prodrug 4-AcO-DiPT acetate.4 Like psilocin, 4-HO-DiPT is a 5-HT2A agonist that produces a HTR in mice. In addition to its activity at 5-HT2A. 4-HO-DiPT also interacts with the serotonin transporter (SERT) with IC50 values in the low micromolar range, similar to MDMA.5

In their landmark book TiHKAL: The Continuation, the Shulgins described their experience self-dosing (orally, 15-20 mg) with the hydrochloride salt of 4-HO-DiPT.6 “I truly doubt that there is another psychedelic drug, anywhere, that can match this one for speed, for intensity, for brevity, and sensitive to dose, at least one that is active orally.” They reported that the effects began within 15 minutes and lasted about 2-3 hours.

Potential Applications for 4-HO-DiPT and Prodrugs

Using psilocybin (a prodrug of psilocin) in a clinical setting presents some challenges including the long duration of its effects (4-8 hours)7 requiring long periods of observation after administration. In contrast, 4-HO-DiPT (or its prodrugs) may at least halve that time. Its fast time of onset would also be an asset in treatment settings.

Based on a survey in the literature in 2020, there is an unmet need for high purity, (i.e. crystalline) tryptamine compounds,8 including salts and prodrugs of 4-HO-DiPT, such as FT-104, which has only been reported as a white cake.3  Given the potential for tryptamine compounds to exist in multiple crystalline forms, including solvates, there is still a need to rigorously characterize these compounds to ensure the correct chemical composition.