So-called magic mushrooms (also known as shrooms or psilocybin mushrooms) are known to cause a psychoactive effect when ingested by humans. Archeological evidence supports the use of these magic mushrooms dating all the way back to 3000 BCE. Some known effects of consuming mushrooms include altered perceptions, hallucinations, disorganized thinking, anxiety, and an altered perception of time.1  For the most part, all of these effects are attributed to the molecule psilocybin. However, as we understand the chemistry at this time, psilocin is the molecule responsible for most of the psychoactive properties in magic mushrooms.

The molecular structures of psilocybin and psilocin are pictured below. 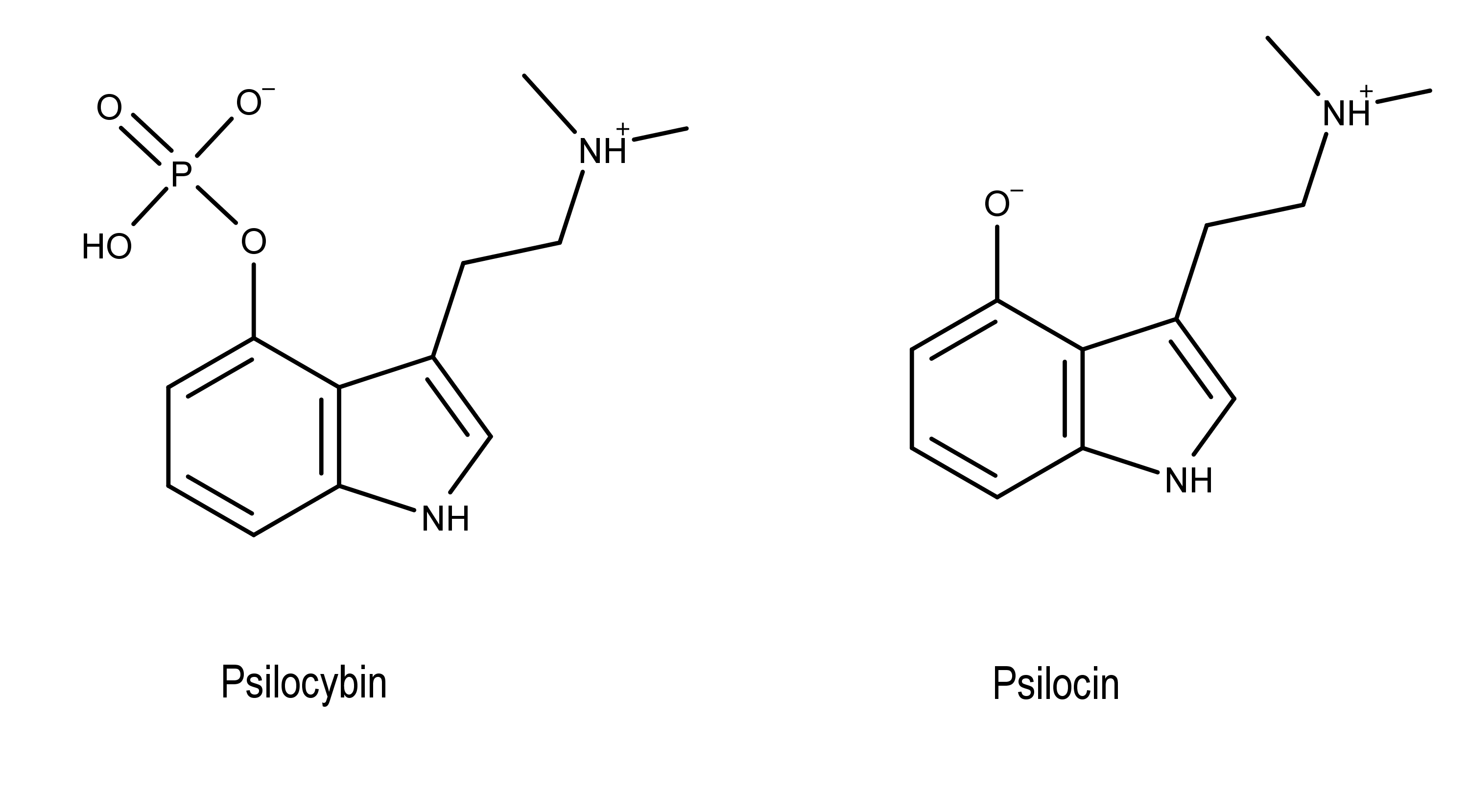 Psilocybin is a Means for Ingesting Psilocin

Although psilocybin receives most of the credit for affecting mood and perception, psilocin is probably the molecule actually responsible for producing the psychoactive effects. Consider these facts:

Overall, the most reasonable theory is that a person ingests psilocybin (e.g., by eating mushrooms containing psilocybin) as a means of administering psilocin. In other words, a person takes psilocybin, which is converted into psilocin, which produces the observed psychoactive effects.

Psilocin is Different From Psilocybin

One critical difference is that administering psilocybin requires the subject to wait for the dephosphorylation reaction to take place. That means that the pharmacokinetics for psilocybin are necessarily different than for psilocin. Various anecdotal experience reports on sites such as Erowid and Bluelight (comparing subjective effects from mushrooms differing in their relative amounts of psilocybin versus psilocin) supports the notion that these two molecules may produce different effects. How different? No one knows.