Psilocybin and psilocin are two psychedelic compounds found in magic mushrooms. Calling these and other magic mushrooms compounds hallucinogens is an incorrect generalization. A hallucinogenic effect is not always present in users. Therefore, the terms psychedelics or psychotomimetics are the preferred designations put forth by experts in the field.1,2

Several genera of magic mushrooms contain psilocybin and psilocin including Inocybe, Conocybe, Panaeolus, Gymnopilus, and Pluteus.3 However, psilocin is not the only psilocybin derivative in magic mushrooms. Others include norpsilocin, baeocystin, norbaeocystin, and aeruginascin. The derivatives and amounts present vary in different parts of the mushroom. They also vary in between species and even within batches of the same species.

This article examines the chemical structure of these psychedelics, discusses how the body transforms them, and how they interact with receptors in the brain.

Chemical Structures of Psilocybin and Psilocin 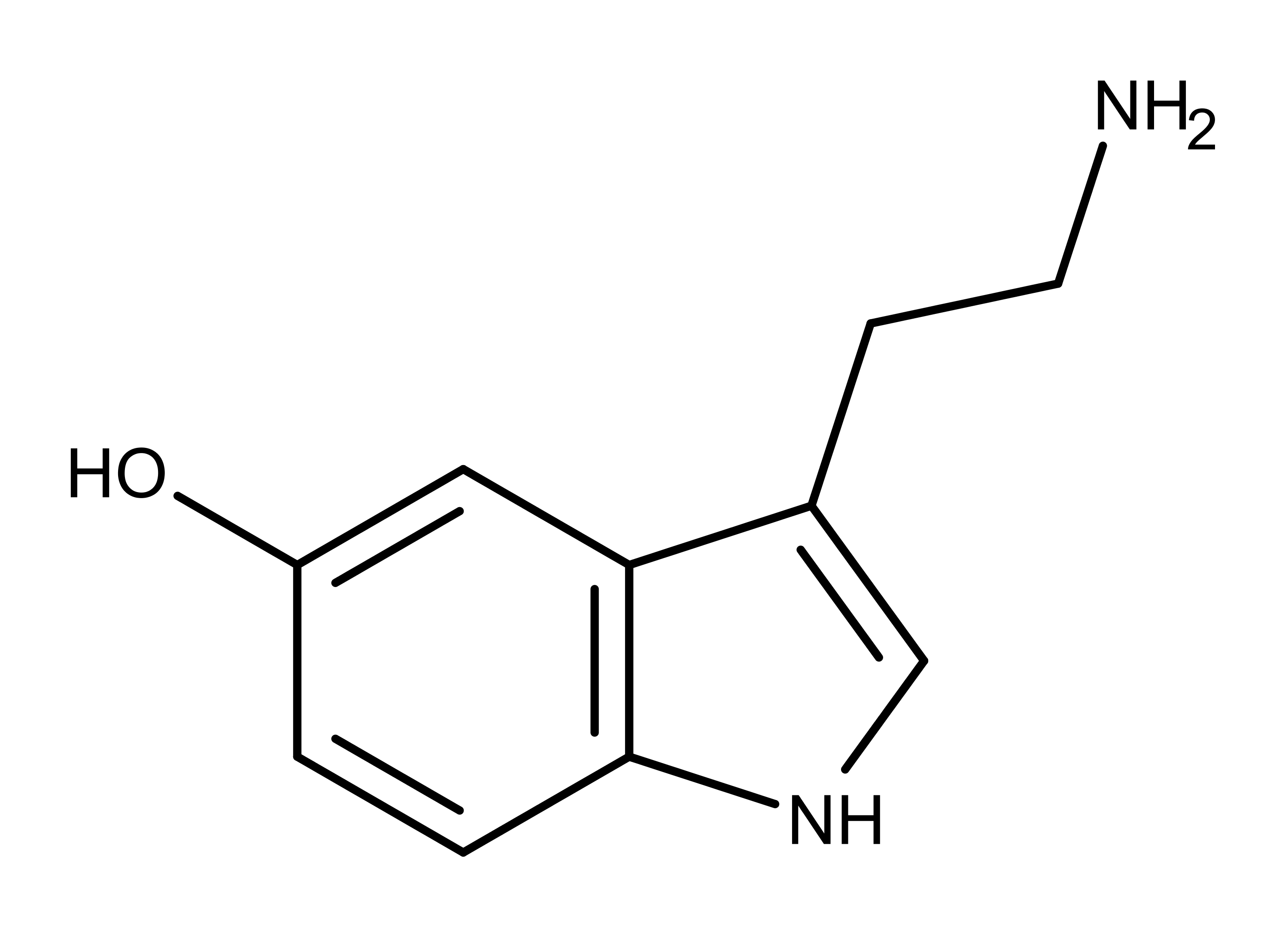 The similarities and differences between the chemical structures of these compounds is key to understanding the effects of psilocybin and psilocin.

Absorption, Metabolism, and Excretion in Mammals

The phosphate group on psilocybin in Figure 1 is highly polar. This polarity along with the positively charged amine group makes the molecule zwitterionic and more soluble in water than psilocin.7 Without the phosphate group, psilocin becomes more lipid soluble than psilocybin, making it metabolically available in the body and more easily absorbed in the intestines.

At this point, psilocin is distributed all over the body via the bloodstream. Being lipid soluble allows psilocin to cross the blood-brain barrier and elicit its effects (see the Biological Interactions section below). Researchers can detect psilocybin and psilocin in human blood plasma 20-40 minutes after oral administration of psilocybin.5,8 They find maximum levels in the blood 80-105 minutes after administration. 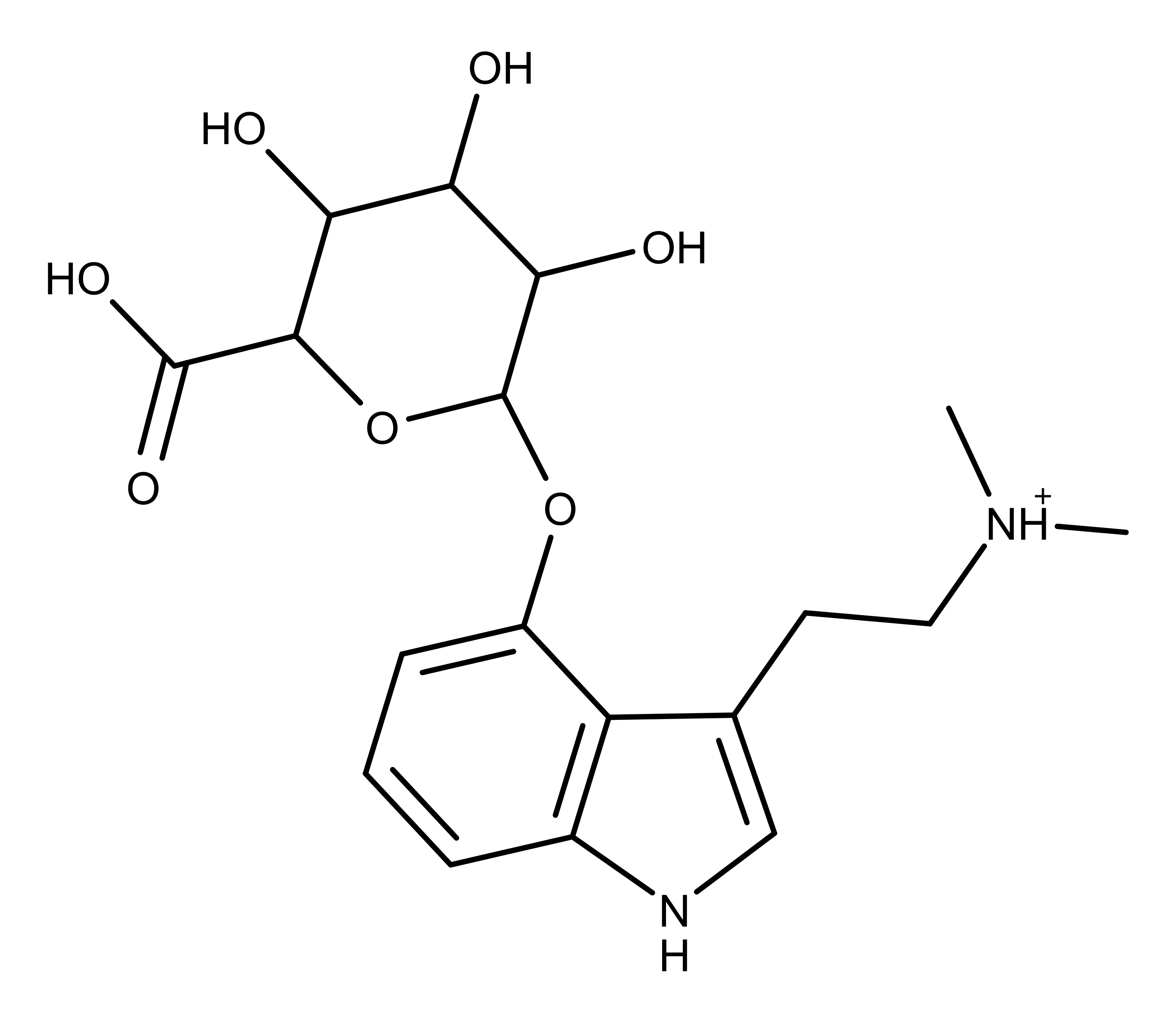 Figure 3: The chemical structure of psilocin-O-glucuronide, a urinary metabolite of psilocybin.

At last count, there are seven main classes of serotonin receptors containing 14 subtypes.12,13 Of these, the 5-HT2A is the serotonin receptor (5-HT is an abbreviation for serotonin, 5-hydroxytryptamine) is studied the most in relation to psychedelic effects. It is important to keep in mind that scientists are not currently studying how the interactions of psilocybin and psilocin with other receptors impacts the psychedelic effect of these compounds.

Psilocybin has a low binding affinity as an agonist for the 5-HT2A receptor compared to the active form of the molecule, psilocin. The difference in the binding affinities of psilocybin and psilocin on the human 5-HT2A receptor is striking. The Ki (disassociation constant) for psilocybin is >10,000 nM, while for psilocin, Ki = 102.7 nM. The lower the Ki value, the less likely the molecule is to dissociate from the receptor. Therefore, these data clearly show that psilocin has a greater agonistic affinity for the 5-HT2A than psilocybin. This clarifies that psilocin is primarily responsible for the psychedelic effect of magic mushrooms, not psilocybin.

Other studies confirm the role of the 5-HT2A receptor in the psychedelic experience. For example, in 1998, Vollenweider, et al., found the 5-HT2A receptor antagonist ketanserin blocks the effects of psilocybin and psilocin.13 More recently, a study used PET (positron emission tomography) scans and monitored the levels of psilocin in the blood plasma of volunteers after they took psilocybin.15 The researchers found the subjective experiences of the volunteers were directly related to the levels of psilocin in their blood plasma and the number of occupied (with psilocin) 5-HT2A receptors in their brains.

Signal transduction is a scientific term for the biochemical reactions that occur when a molecule binds to a receptor on a cell. Different molecules have different signal pathways inside cells that use different types of receptors. Scientists who study psychedelics such as psilocybin and psilocin are interested in serotonin receptors. Understanding these receptors is crucial because psilocybin and especially psilocin, use these same serotonin receptors to bring about their effects in users.

When it comes to the exact cell signal transduction pathway(s) used by psilocin to elicit its psychedelic effects, researchers have an understanding of several aspects of 5-HT2A. Several serotonin receptors including 5-HT2A belong to a family called G-protein coupled receptors (GPCRs).16 GPCRs are one of the largest and most diverse families of proteins in mammals. These receptors have a unique structure consisting of seven protein helices that span the cell membrane. When a compound binds to the 5-HT2A receptor on a cell, it stimulates an enzyme called phospholipase C.17 This, in turn, activates another enzyme called protein kinase and also stimulates the release of calcium ions from storage areas in the cell. This enzymatic and biochemical activity culminates in cellular changes that result in the overall perceived effect.

This pathway is only a small piece of the big picture showing how psychedelic drugs work. At a higher level, Baumeister et al. reviewed the pharmacodynamics of classical hallucinogens and summarized three mechanisms by which they are known to work, or may work, in the brain:18

The Need for More Research

It is interesting to note from this receptor binding data that psilocin binds well to several other serotonin receptors besides 5-HT2A. For example, notice the Ki values for psilocin compared to psilocybin for 5-HT1A and 5-HT1B. How is this impacting the subjective effects the user is experiencing? Also, what is the effect of the low Ki values both compounds have for 5-HT2B? It is clear that more research is needed in this area to understand these psychedelics and their receptor interactions. Compounding this whole mystery is psilocybin and psilocin being just two of many potentially active compounds in magic mushrooms.

The pharmacology of psilocybin and psilocin is fascinating and complicated. The chemistry of these compounds dictates how the body metabolizes them and how they interact with receptors. Research has made great strides in understanding how psychedelics work with the 5-HT2A receptor, but endless avenues of exploration still exist for the curious researcher.

Q: My personal research brought me to this article. I’m trying to determine if a phospholipid supplement might shorten the tolerance window of psychedelics. This sentence in the above article caught my eye: “When a compound binds to the 5-HT2A receptor on a cell, it stimulates an enzyme called phospholipase C. This, in turn, activates another enzyme called protein kinase and also stimulates the release of calcium ions from storage areas in the cell. This enzymatic and biochemical activity culminates in cellular changes that result in the overall perceived effect.” Since phospholipase C cleaves phospholipids just before the phosphate group, would replenishing phospholipids then… Read more »

Please try to open your mind to science, just like you opened your mind to psychedelics. Even if you don’t believe in it, it doesn’t mean its wrong 🙂