A 2018 review article published in Pharmacology includes an intriguing illustration and discussion on the structure-activity relationships (SARs) of the kratom compounds mitragynine and 7-hydroxymitragynine (7-OH).1

SARs are essential in medical and pharmaceutical research because they show how the chemical structure of a compound relates to its biological activity. When looking at the big picture, SARs underscore the importance of researching and understanding the chemical variability of all the naturally occurring compounds in an organism.

The authors of the article say that making small changes to the molecular structure of mitragynine and 7-OH produces significant changes in their pharmacology, or as they put it more scientifically, it is “…a pharmacophore that is fairly intolerant to structural modifications.”

For example, the authors explain that the acrylate and ethyl groups on ring D (see Figure 1) are very sensitive to modifications. Making changes to these chemical groups significantly reduces or terminates the activity of mitragynine and 7-OH at opioid receptors. 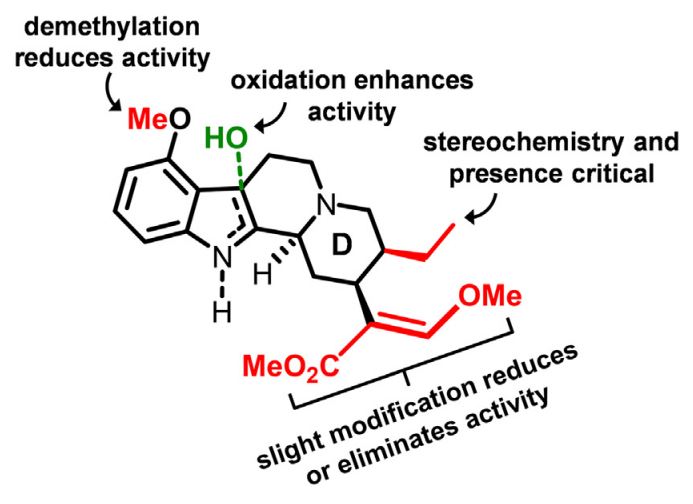 Figure 1: The structure-activity relationships (SAR) of the molecular scaffolds of the kratom compounds mitragynine and 7-hydroxymitragynine (7-OH).1

Also, when the aryl methoxy group is demethylated, it reduces the potency of mitragynine and 7-OH at opioid receptors such as the mu opioid receptor (MOR). The authors point out that making the same modification to morphine-based opioids greatly enhances their potency.

Based on this and other information from their review, the authors make it clear that the same entourage effect that occurs with the compounds in cannabis and psilocybin mushrooms (aka magic mushrooms) may be at work with kratom:

…there exists the possibility for the gross behavioral effects of kratom to differ from the pure alkaloids based not only on polypharmacology, but also on metabolic interactions between the mixed alkaloids.

There is Much More to Learn About Kratom

The research into unraveling the complex mysteries of naturally occurring compounds like kratom is only in its infancy. Understanding the SARs of compounds is only one piece of the puzzle. The increasing interest in researching these compounds in the scientific and medical community is a good sign. But as is the nature of science, the more that is learned, the more questions that arise.