Psilocybin-Assisted Psychotherapy (PcbAP) has attracted attention from researchers and clinicians as a potential breakthrough treatment for depression.1 In light of its clinical promise, efforts are underway at leading academic institutions to employ existing evidence-based therapies, such as Acceptance and Commitment Therapy (ACT), as theoretical and methodological frameworks for understanding PcbAP, and perhaps augmenting its clinical application through the creation of manualized treatment protocols.

Researchers at Yale University recently published the first edition of The Yale Manual for Psilocybin-Assisted Therapy of Depression (The Yale Manual).2 The manual was created for use in controlled clinical trials of PcbAP and provides a method for integrating the principles of ACT into PcbAP. Manualized treatment protocols are crucial for establishing the evidence-base for nascent therapeutic modalities because they permit the treatment to be studied via controlled clinical trials. The Yale Manual may help establish the evidence base needed for the widespread adoption of PcbAP as a treatment for depression.

The Theoretical Underpinnings of Acceptance and Commitment Therapy

Experiential avoidance is defined as an unwillingness to encounter inner distress—emotions, thoughts, memories, and body sensations—coupled with attempts to control or evade distress in whatever form despite long-term negative symptomatic outcomes.3 In contrast, acceptance is an adaptive attitude towards inner experience; emotions, thoughts, memories, and body sensations are allowed to occur and evolve without attempting to control or escape them.

Theoretically, ACT owes a portion of its therapeutic efficacy to decreasing avoidance and increasing acceptance, thereby promoting psychological flexibility, its stated principal aim.3 To accomplish this end, ACT has several key targets of treatment which are captured in the acronym FEAR:3

In targeting FEAR, ACT has its theoretical foundation in six core therapeutic processes:3

These theoretical underpinnings of ACT are represented in the Hexaflex (Figure 1) and synergistically align with certain aspects of the theoretical foundation of PcbAP. 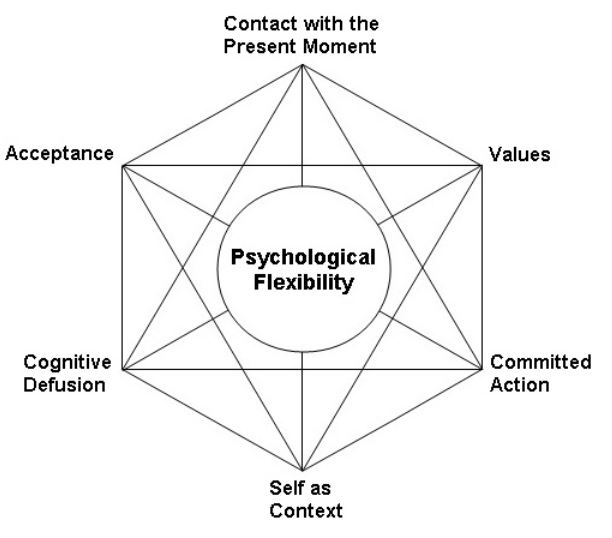 The Theoretical Basis of Psychedelic-Assisted Psychotherapy: Where Does ACT Fit?

When considering the theoretical basis of PcbAP from the psychological perspective, PcbAP clinicians and researchers consider the phenomenological aspects of the psychedelic experience which are therapeutic mechanisms of action, i.e. the efficacy of the experience.4 Certain core processes of ACT appear to enhance the experiential efficacy of PcbAP. 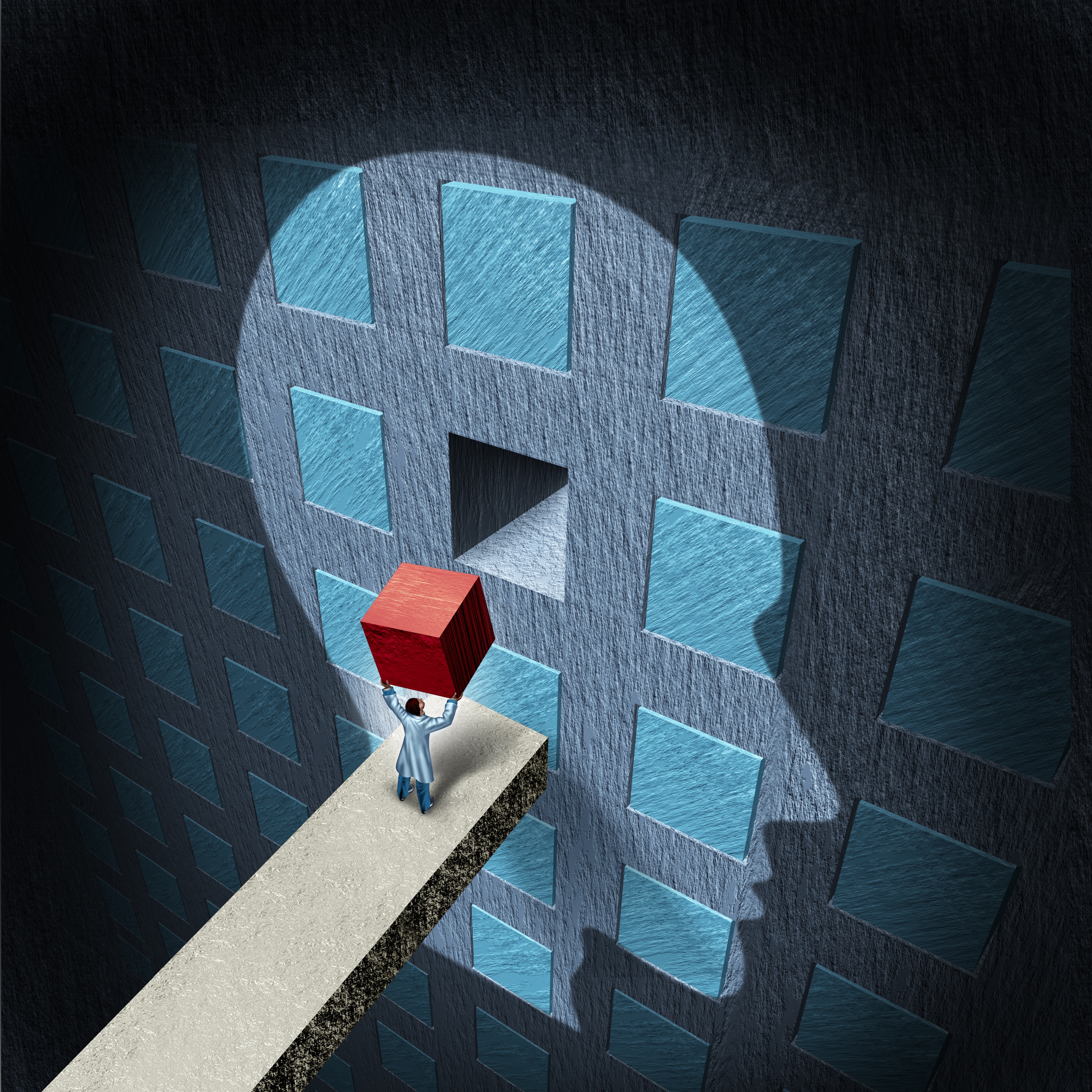 As noted in The Yale Manual, PcbAP participants are guided to surrender to their experience during PcbAP sessions, as this attitude of openness and acceptance appears to yield positive outcomes in treatment. This, of course, harkens backs the ACT notion of promoting acceptance, one of its central theoretical tenets. The Yale Manual notes several other synergistic alignments between ACT and PcbAP.

The unfolding psychedelic experience in PcbAP has been shown to have profound effects on self-perception. PcbAP participants often report experiences of unity, connectedness, transcendence, and even ego dissolution.5 In the case of depression, experiential contact with a transcendent self often dislodges the patient from fusion with depressogenic cognitions and ruminative narratives.2 The theoretical synergy between this PcbAP phenomenon and ACT’s core processes of self-as-context and defusion is readily made.  Yet still, other areas of overlap between ACT and PcbAP are noted in The Yale Manual.

Research on the psychedelic experience in PcbAP has shown common occurrences of illumination of and clarification around personal values, and insight into behaviors out of alignment with those values.2,6 As such, the possibility exists that this naturally occurring characteristic of the psychedelic experience would lend itself well to the core ACT core processes of values clarification and committed action.

Conclusion: The Natural Synergism between ACT and PcbAP

The Yale Manual for Psilocybin-Assisted Psychotherapy demonstrates the existence of synergies between the six core processes of ACT and naturally occurring phenomena of the psychedelic experience in PcbAP. It appears, at first glance, that ACT may provide an established theoretical framework from which to understand the efficacy of PcbAP, and perhaps augment its clinical application.

The decision to create a manualized ACT protocol that provides an ACT-based theoretical frame for naturally occurring phenomena in the psychedelic experience appears to have strong theoretical support. In the next installment of this two-part series on the synergism of ACT and PcbAP, attention will shift to the exploration of synergies in therapeutic technique.