In the 1960s, Dr. Eric Kast had a theory of pain. More than just a physical response to damage, he knew that pain has essential psychological components.1 It demands attention, sometimes obscuring everything else. And Kast observed that patients in pain suffer from contradictory desires: They want both to maintain their bodily integrity and to separate themselves from the parts of the body that hurt.1

Dissatisfied with the standard opioid pain treatments, Kast went on a quest to find an “ideal analgesic.”1 Enter LSD: Because it disrupts processes of attention, Kast hoped that the then-novel psychedelic could loosen the death-grip that pain holds on a patient’s mind. And he wondered whether LSD’s ability to obliterate ego boundaries would allow patients to separate themselves from their pain in a way that would not normally be possible.

Kast’s experiments were both successful and disappointing. For patients with extreme pain, a full hallucinatory dose of LSD was a more effective analgesic than opioids.1 Some patients even temporarily developed a more carefree attitude towards their illnesses. But because the psychedelic experience was so mentally taxing, many of the dozens of patients Kast treated were not eager to undergo it again. After three weeks, their pain levels returned to baseline, and research on LSD came to a decades-long halt soon after.2,6

With LSD, Less is More

Hallucinogenic doses of LSD may be effective against pain, but they are also – to understate things – impractical. Yet until recently, scientists had never tried lowering the dose. Small doses of LSD, also called microdoses, do not cause hallucinations but may preserve some of the drug’s other effects. This was the driving idea behind a new study from Johannes Ramaekers, Nadia Hutten, Natasha Mason, and their research team at Maastricht University, who investigated LSD’s analgesic properties in healthy people.3 Funding for the study was provided in part by The Beckley Foundation headed by Amanda Feilding, who is also a co-author.

Using the gold standard randomized, double-blind design, researchers invited twenty-four participants to receive up to 20µg of LSD – or a placebo – on four different occasions. At 1.5 and 5.0 hours after each person took LSD, researchers had them immerse a hand in ice-cold water until they “cannot take it anymore.” This was their strategy for measuring pain perception, and the researchers hypothesized that participants would be able to keep their hands submerged for longer after taking LSD.

At a dose of 20µg, that is precisely what happened (the lower doses of 5 and 10µg had no effect).3 When participants received 20µg of LSD, they endured the cold water for 20% longer, and they also felt that the sensation was less painful and unpleasant. This finding was not only impressive for its own sake but also because it is comparable to the effects of moderate to high doses of opioid painkillers on the same cold water test. The authors theorize that the effect could hold for up to twelve hours.

Notable – and perhaps concerning – is the fact that pain relief was not the sole effect of the 20µg dose. On average, it also made participants slightly more anxious, and it mildly increased physical discomforts like dizziness and nausea. Additionally, it increased feelings of dissociation, which the authors theorized could contribute to pain relief (Eric Kast would approve). Current pain medications have their trade-offs, and LSD may be no different, although some would argue that it has a favorable profile compared to opioids.3 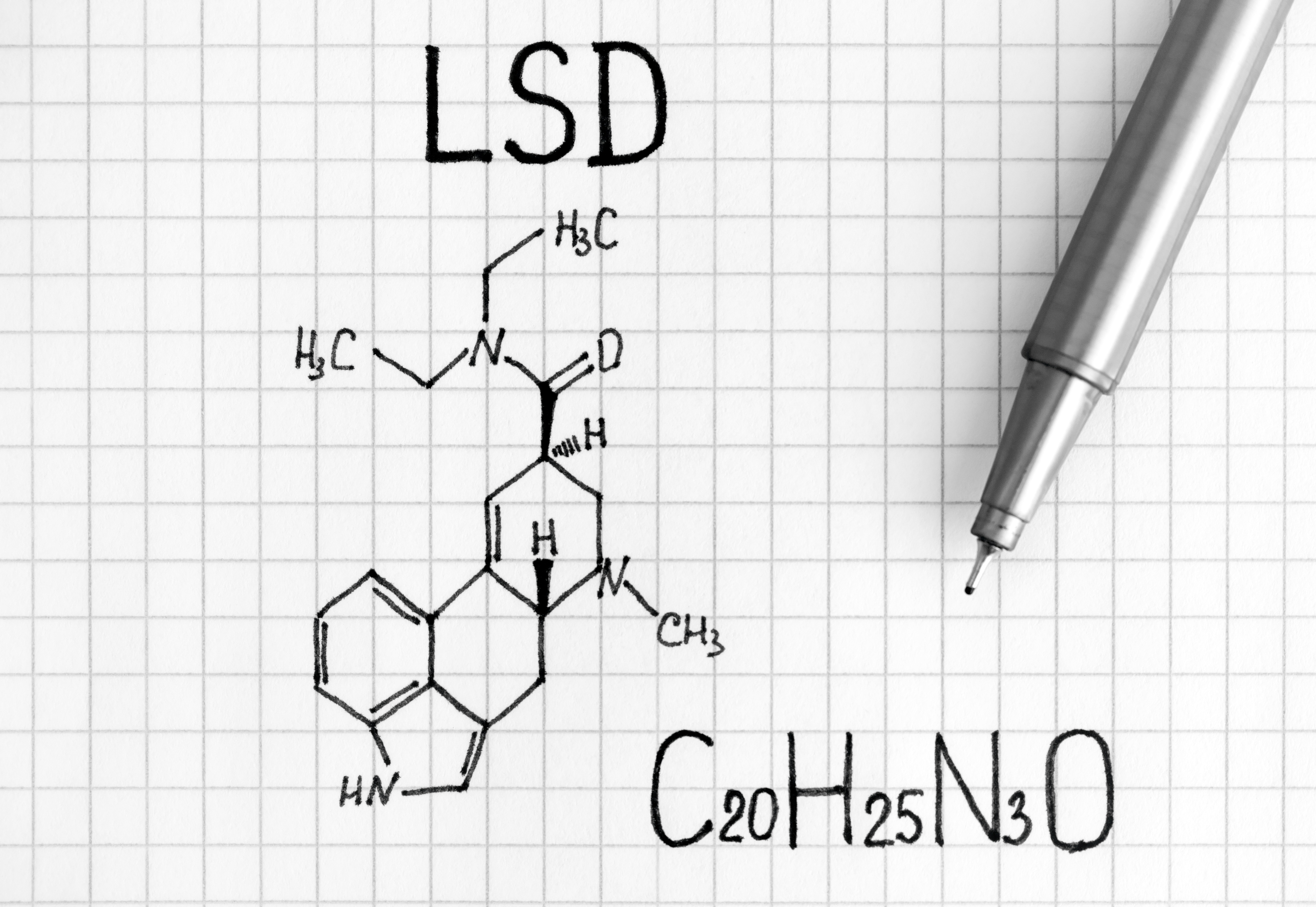 The Many Facets of Pain and LSD

The idea that a hallucinogen could reduce pain perception may seem to come out of nowhere. But LSD has several properties that may explain this surprising find. The first goes all the way back to Eric Kast: LSD might make it easier for people to mentally separate themselves from their pain. People may begin to interpret it differently and lose the strong emotional reaction to it that characterizes suffering in chronic pain.4

Just as pain is many-faceted, so may be LSD’s analgesic mechanisms. Psychedelics moderately raise blood pressure, which may inhibit particular pain pathways.4 The effect is small, but present: Ramaekers et al. saw that the LSD-induced increase in blood pressure explained 14% of the variance in pain perception.

Moving on down the list of potential analgesic mechanisms, LSD’s activity at serotonin receptors – especially 5-HT2A – may inhibit certain pain processing pathways, while also elevating mood.4 It seems to “close the pain gate”,” although exactly how this works is not well understood.4 Additionally, most psychedelics seem to have anti-inflammatory properties, probably through the unique way they bind to certain serotonin receptors 5. Inflammation is a well-known cause of chronic pain: the normal response to tissue damage can become dysregulated and cause conditions like rheumatoid arthritis and other autoimmune disorders.

And LSD’s potential as an analgesic also comes from the properties it does not have. Unlike opioids, it is not known for causing drowsiness or slowed breathing, and deadly overdoses are nearly unheard of. Perhaps most saliently, it does not cause addiction or a withdrawal syndrome.4 Hopes for an “ideal analgesic” may be disappointed, but LSD could be more manageable, at least for some patients, than opioids.

It’s no secret that LSD is capable of a varied collection of effects. A small, non-hallucinogenic dose dampened pain perception in healthy volunteers, possibly adding analgesia to that long list.

But having explained how cool and promising these findings are, it is time for a parting spritz of rain on the parade. Pain is highly contextual, and the participants’ experiences in this study are quite unlike the experiences of patients with chronic conditions.4 Study participants can end their discomfort at any time, and they know it will end. Those with chronic pain conditions have inescapable, enduring, and often more severe pain, with varying causes. That LSD dulled pain perception in healthy volunteers is promising, but future research with patients will have the last word. Plans for such studies are surely afoot.