MDMA (3,4-methylenedioxymethamphetamine) is a psychedelic drug more commonly known as Molly, Ecstasy, or E. When used recreationally, the compound elicits prosocial feelings such as empathy, closeness, and an increase of positive word use.1 A 2009 study suggests at least one mechanism to explain why this happens: researchers found that 15 volunteers taking MDMA experienced a significant and positive correlation between increased oxytocin levels in the blood and the positive prosocial feelings described above.2 Oxytocin is also known as the “love hormone” and is released naturally in various situations, including post-coitus.

There is abundant research showing an association between sensation seeking, impulsive decision making, and sexual risk-taking.3 Regarding MDMA, what feelings does it alter? And what is MDMA’s association with sexual activity? In psychedelic research, it’s important to look at the factors surrounding risky sex, including impulsivity and sexual behaviors in the context of MDMA.

A study by Morgan, published in Neuropsychopharmacology in 1998, looked into the association between MDMA and impulsivity.4 Researchers recruited undergraduate and graduate student volunteers through poster advertising and vetted the subjects through interviews. The 44 participants were divided into the following three groups:

There are limitations to the Morgan study including a small sample size of participants and relying on self-reporting.

A qualitative study conducted by McElrath in 2005 examined MDMA and the sexual behaviors displayed while on it.5 This test consisted of 98 face-to-face interviews with current and former MDMA users.

Of the total participants, 69% were male between 17-45 years old and the rest were female. Additionally, 16% of them identified as gay or bisexual.

The table below shows the breakdown of the drug use history of study participants.5 Note that 84% of participants consumed beer, lager, ale, or stout on a weekly basis and 32% used Cannabis on a daily basis. 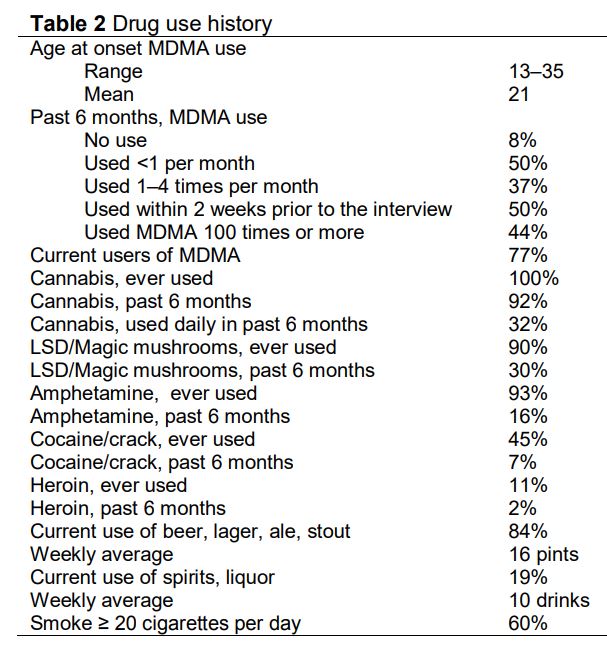 McElrath’s qualitative research showed some interesting results: MDMA users had an increase in openness regarding sexual exploration which was defined as bisexuality or group sex. A 28 year old MDMA user expressed his feelings about sex on MDMA as, “You want to creatively indulge yourself in new forms of sex”.

Additionally, the 18-25-year-old MDMA users were more likely to engage in risky sex. Although “risky sex” is subjective, it was defined as having sex with multiple partners or sex without a condom.

Regarding overall arousal, there were mixed results: some MDMA users saw an increase while others had a decrease in sex drive. Those affected the most by the inability to ejaculate were male MDMA users of 25 years of age or younger. Some respondents (both male and female) reported not being aroused at all, but MDMA did elicit feelings of emotional intimacy, love, trust, and sensuality without sexuality. A young 22-year-old woman stated, “You feel loved up . . . I would have very little sexual encounters when I’m on E. In fact, none, because I’m more interested in the [emotional aspects]”. 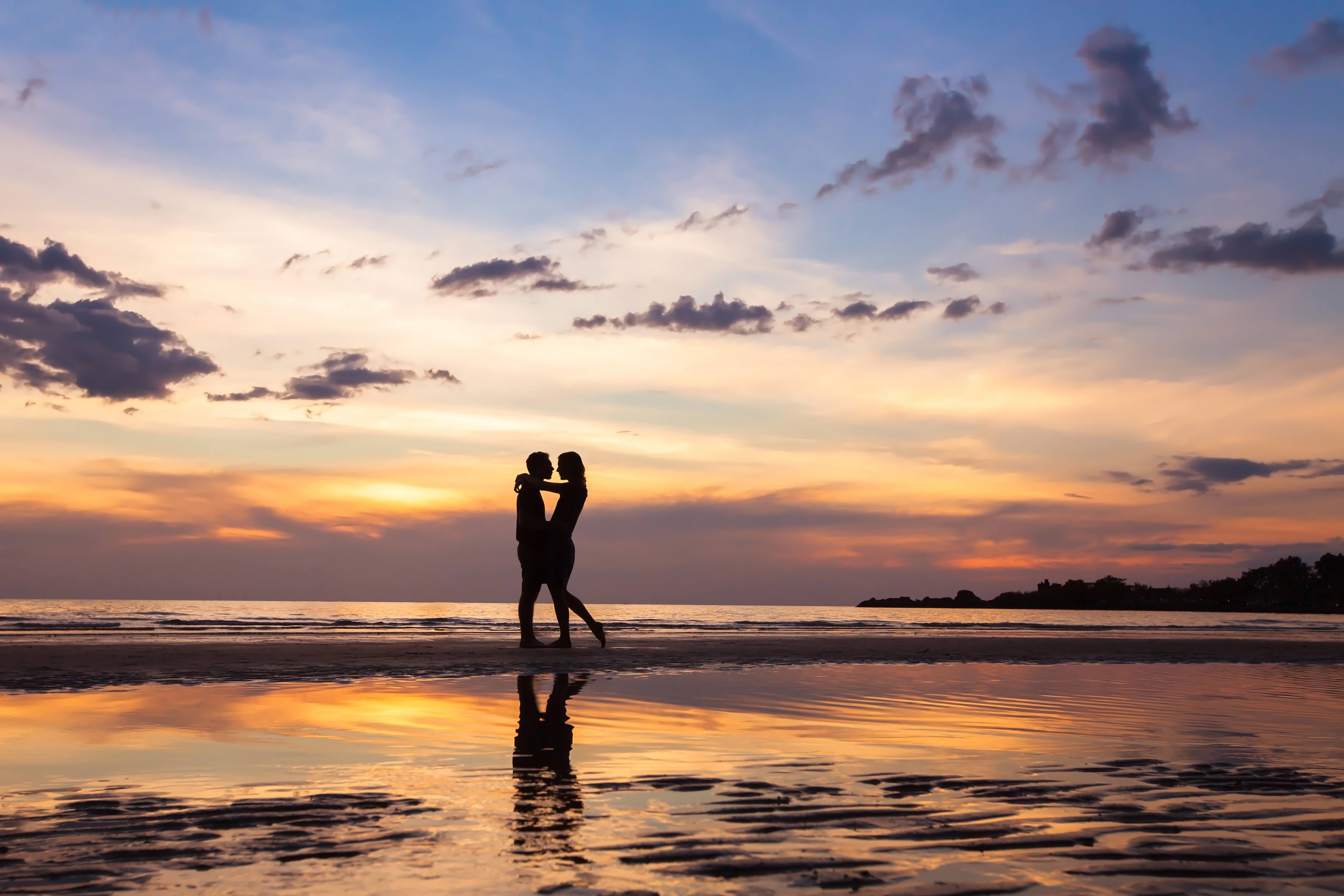 It wasn’t just females who expressed feeling this way on MDMA. A 28-year-old male also had a similar perspective on sex with MDMA, “It wasn’t like the horn you get with speed, it was a lovey-lovey kind of thing”.

The limitations of this study are the small sample size, the data having been collected in the late 1990’s, and the subjectivity of “risky sex”. The study was also a purely qualitative and based on people’s subjective experiences. Furthermore, it is difficult to decipher how much of people’s experiences are due purely to MDMA as respondents also engaged with a variety of other drugs and alcohol on a monthly, weekly, and even daily basis. In addition, the study lacked data on what drugs were combined with MDMA during the experiences the participants shared in their interviews.

Overall, the data indicates that MDMA elicits positive and negative feelings from emotional intimacy and closeness to increased impulsivity and increased sexual risk with young adults. However, “sexual risk” is subjective across ages and cultures, especially with more non-traditional relationships, like polyamory, on the rise.6 Additionally, MDMA affects people differently with some having an increased sex drive while it is decreased for others.