Most of us walk around with a snug feeling of separateness from the rest of the world. It’s easy to distinguish between ourselves and everything else. We know – roughly – who we are, or at least that we are different from others. We each keep a mental autobiography, adding new pages every day.

These perceptions make up the sense of self, or the ego – the “I” which experiences and thinks about the world.1 Its constant presence would seem to suggest that consciousness cannot exist without it. But it can, and under the influence of psychedelics, it often does. Mason et al. and a team of researchers at Maastricht University set out to discover what’s happening in the brain when the ego checks out.2

Ego death – also known as ego dissolution – is most simply defined as “a complete loss of subjective self-identity.” 3 Between the normal sense of self and ego death, less dramatic disruptions of self-perception are also possible.1 These states are almost always temporary, spanning a continuum between euphoric and terrifying.4 Pathological conditions, like acute psychosis or epilepsy, as well as spiritual practices like meditation, can disrupt the ego.1 But by far the most reliable triggers are pharmacological – most notably, psychedelics.4

Ego dissolution may also be important for psychedelic therapy. A study of patients with treatment-resistant depression concluded that the degree of ego death correlated positively with reductions in symptoms.5 Elevated well-being following psychedelic-induced ego death may also extend to healthy people.6,7 This strange phenomenon is worth understanding because it isn’t just interesting – it may also be valuable.

Looking For The Self

To figure out how something works, you sometimes have to break it – in a controlled and safe manner, of course. Scientists understand this, and because psychedelics so reliably “break” the self, they are invaluable tools for studying how the brain generates the self in the first place.

Using a double-blind design, the Mason et al. team invited 60 participants to undergo functional magnetic resonance imaging (fMRI) while under the influence of psilocybin (or, for half of them, a placebo). The dose used in the study, 0.17mg/kg, was moderate: high enough to trigger ego-disrupting effects, but low enough that participants could stay in an fMRI machine for a while. Afterward, the participants recounted their experiences on a questionnaire.

As with most fMRI experiments, this one measured changes in brain activity, inferred from the strength of blood flow to specific brain areas. But the researchers took it one step further, adding a technique called magnetic resonance spectroscopy to evaluate changes in neurotransmitter concentrations. They focused particularly on glutamate, the brain’s primary excitatory neurotransmitter. Although scientists are just beginning to understand it, glutamate may be essential for some of psychedelics’ short- and long-term effects – including disruption of the self.

The Brain When No One’s Home

The data indicated that changes in glutamate metabolism differed slightly depending on whether ego disturbances were pleasant or unsettling. But they followed two general patterns:

Scientists suspect that glutamate signaling is part of the domino effect by which psychedelics enhance neuroplasticity in some areas,2 and glutamate activity also strongly correlates with how active a region is. Clearly, while psychedelics stimulate activity in some brain areas, they seem to suppress others.

Consider the hippocampus, which is essential both for forming new memories and accessing old ones.8 Psilocybin decreased its activity, implying that people under the influence would have some breed of memory difficulty. But even more than that was likely at work. The hippocampus is part of the so-called default mode network (DMN), one of the major tasks of which is to generate self-related cognition.2,9 Psychedelics are already known to uncouple the hippocampus from the rest of the DMN, particularly inhibiting its communication with the cortex.1 Ego death, then, may be partially caused by a muzzled hippocampus, which can also no longer access information about the self stored in other brain regions. 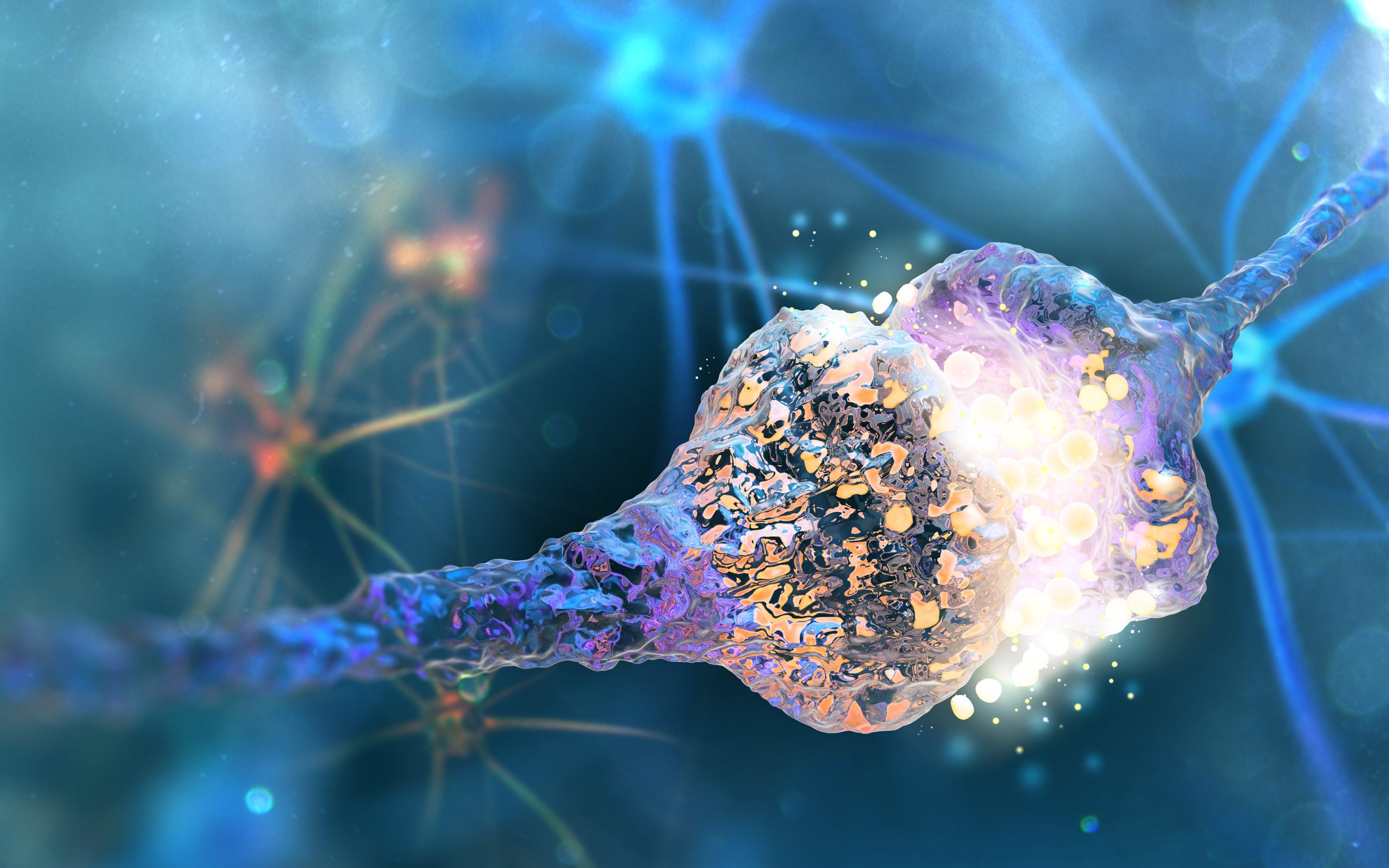 Psychedelics don’t only decouple the hippocampus from the DMN – they seem to subdue the entire network.1,2 In this study, general loss of connectivity in the DMN accompanied feelings of ego dissolution. The authors also zeroed in on another DMN node in particular: the mPFC, which is an important hub for so-called self-referential processing,9 or thinking about oneself. Interestingly, glutamate activity in this area increased with the intensity of ego dissolution, and this effect was stronger when the participants felt anxious. This is intriguing because although it’s difficult to measure in humans, scientists suspect that psychedelics increase the brain’s neuroplasticity in prefrontal areas and that this increase is partially responsible for their long-term therapeutic efficacy.2,10,11 Glutamate is an essential link in the necessary chain of events, so an increase in its activity adds support for this theory.

The Mason et al. study unites two essential goals of scientific research: replicating results from other studies and adding something new. The authors were able to open a window on the brain as the ego powered down, expanding our knowledge of that process. And for the first time, they have characterized glutamate activity in the human brain under the influence of psychedelics and related it to specific aspects of the psychedelic experience.

Your brain on ego death undergoes an uncoupling of the DMN, the network that otherwise constantly generates “you.” Glutamate activity ebbs in the hippocampus, yet surges in the mPFC. That same surge of glutamate activity may also lead to long-term effects, including heightened neuroplasticity in the prefrontal cortex and the resulting improved response to psychotherapy.2 This is a major theory guiding psychedelic research right now, and more studies are sure to test it soon.

I can’t read the words under this comment prompt

Thank you for pointing out that the text was difficult to read. Our Webmaster fixed the issue.

“Consciousness expansion” is another metaphor for the dissolution of the separation between observer and observed. “I am that” is the recognition of the “perennial philosophy” described by Alan Watts. Seeing significance in every detail makes MORE sense than the usual state of mind when so much seems to be “other”. Wholeness is inevitably ineffable since communication requires multiple separations like writer and reader, experience and representation.

I wonder why the hippocampus shuts down with psychedelics? I don’t know if this is right, but I heard that whatever produces dopamine stops doing that when it expects production to be met by an outside source, like alcohol. I’ll admit, most if not all of this article was way over my head.

Thanks for your comment! The hippocampus certainly doesn’t shut down – you need it to form new memories, so if it shut down, no one would remember their psychedelic trips. Instead, this study implies that the hippocampus might be a little less active than usual. Since they didn’t test memory, though, they couldn’t tell if the little reduction in activity actually makes people’s memory worse – or anything else worse, for that matter.

Hello Ms. Calder! This is a fantastically written article and I was hoping to use it in a scoping review I am doing for a course in my undergraduate, but I was also hoping to connect with you if possible to see if you could direct me to any other useful pieces of literature and perhaps some advice.
MM