Nausea, sometimes accompanied by vomiting, is one of the main side effects endured by some people after ingesting psychedelic mushrooms (aka magic mushrooms). Over the years, psychonauts have developed methods to help combat this undesired effect including powdering and encapsulating the dried mushroom flesh and making teas from the mushrooms which are sometimes mixed with other ingredients. These measures reduce or prevent nausea for many people. However, eliminating nausea for all magic mushroom users, including those using them therapeutically in a professional setting, depends first on understanding what is causing it. Is it the mushrooms or the chemicals in them? Is it both?

The Digestion of Mushrooms in Humans

When looking for insight to answer a question, it’s best to go directly to the experts. And when it comes to mushrooms, one expert is Paul Stamets, author of “Psilocybin Mushrooms of the World.” In an article on his website Fungi Perfecti, Stamets talks about eating mushrooms.

Question: Should people eat raw mushrooms and/or the mycelium of mushrooms?

Another mushroom expert, Dr. Andrew Weil, says in Prevention Magazine that mushrooms should be cooked before eating. “Mushrooms have very tough cell walls and are essentially indigestible if you don’t cook them. Thoroughly heating them releases the nutrients they contain, including protein, B vitamins, and minerals, as well as a wide range of novel compounds not found in other foods.” According to the Mayo Clinic, nausea is one symptom of indigestion.

In addition to chitin being largely indigestible, a 2018 study showed that it triggers inflammatory and immune responses in humans.3 Although the human body doesn’t make chitin like mushrooms, it has an enzyme called chitinase that breaks up chitin molecules a little by chopping their long N-acetylglucosamine chains (see figure below) into smaller pieces. However, due to their smaller size, the body can more easily sense these fragments, which can magnify the inflammatory and immune responses.

To summarize, the indigestibility of mushroom flesh may contribute to feelings of nausea. However, cooking magic mushrooms before eating them may defeat the primary purpose if it destroys the psychedelic compounds. Chitin activating immune and inflammatory responses in the body may also play a role in nausea from magic mushrooms. And, recall what Paul Stamets said about harmful pathogens and heat-sensitive toxins in raw mushrooms. It’s conceivable that either of these entities could activate natural body mechanisms for detoxification like nausea and vomiting as well as the immune response.

The Chemicals in Magic Mushrooms

Along with psilocybin and psilocin, magic mushrooms also contain other compounds like baeocystin and norbaeocystin,4 norpsilocin,5 and phenethylamine.6 One species of magic mushroom, Inocybe aeruginascens, contains a compound called aeruginascin.7 Aeruginascin is a structural analog of psilocybin having three methyl groups on its terminal amine group. In comparison, psilocybin has two methyl groups on the terminal amine, and baeocystin has just one. The chemical structures of these compounds are shown below (click to enlarge).

Some participants in studies using pure, synthetic psilocybin report nausea as a side effect of their treatment.8–10 This points the finger at psilocybin as a possible cause of nausea from magic mushrooms. Also, because the body quickly converts psilocybin to its active form psilocin, this suggests that psilocin may play a role in nausea.

There are scattered reports of people obtaining pure baeocystin, but access to this compound is extremely rare right now. Perhaps one of the most reliable anecdotal accounts of the effects of baeocystin comes from the book “Magic Mushrooms Around the World” by German chemist Jochen Gartz. He compared his experience taking baeocystin to psilocybin. He reported that taking 4 mg of the pure drug caused “a gentle hallucinogenic experience,” but he did not mention nausea. Of course, this is insufficient evidence to completely rule out baeocystin as a cause of nausea from magic mushrooms.

Another compound in magic mushrooms is phenethylamine (PEA)11. This compound is a central nervous system stimulant, neurotransmitter, and hallucinogen in humans. It is chemically similar to amphetamine, and thus has similar effects like rapid heart rate, increased blood pressure, agitation, and nausea. However, the famed chemist and psychonaut Alexander Shulgin maintained that PEA is “rapidly and completely destroyed in the human body,” so it isn’t around long enough to exert its effects.6 Shulgin says, “It is only when a number of substituent groups are placed here or there on the molecule that this metabolic fate is avoided and pharmacological activity becomes apparent.”

That leaves the other compounds in magic mushrooms; norbaeocystin and norpsilocin (and those not yet discovered). Unfortunately, there are no documented cases, anecdotal or otherwise, of the ingestion of these two compounds.

The available evidence points to indigestible chitin, immune response to pathogens or toxins, psilocybin, psilocin, or a combination thereof as possible causes of nausea from ingesting magic mushrooms. In addition, it’s conceivable that experiencing nausea may be due to a person’s level of hydration, physical condition, individual variations in metabolism, dosage, or other factors. Also, consider that the entourage effect may be at play here. Certain combinations of magic mushroom molecules may cause nausea, although individually they do not. Many of the questions about nausea from ingesting magic mushrooms could be answered by research into the individual compounds they contain.

And what about the effects of a serotonin agonist on our “second brain” (gut), where most of our serotonin is made (see Pr Michael Gershon’s book “The second brain”). “The enteric nervous system uses more than 30 neurotransmitters, just like the brain, and in fact 95 percent of the body’s serotonin is found in the bowels. Because antidepressant medications called selective serotonin reuptake inhibitors (SSRIs) increase serotonin levels, it’s little wonder that meds meant to cause chemical changes in the mind often provoke GI issues as a side effect. Irritable bowel syndrome—which afflicts more than two million Americans—also arises in… Read more »

@Caroline. Interesting. The brain/gut connection seems to be key.

Subjectively I experience very bad nausea& also some anxiety when I use psilocybin ( magic mushrooms ) , which effectively ruins the benefits of the experience. Strangely alcohol mitigates this effect almost entirely.

@Diarmuid, I wonder if this has something to do with the enzyme Aromatic Amino Acid Decarboxylase (AAAD), which is involved in the conversion of 5-HTP to serotonin in the brain (serotonin can’t itself cross the blood brain barrier to exert its effects). AAAD is also involved in the conversion of L-Dopa to dopamine. Alcohol increases dopamine along this pathway. If alcohol is primarily engaging AAAD to produce dopamine, you’ll be producing less serotonin in the brain. This would suggest that the mushroom’s causing of nausea in some might not be caused by serotonin receptor stimulation in the gut. This also… Read more »

It’s already known that SSRI’s actually work on the gut and very little action actually occurs in the brain in comparison.

Thank goodness. Finally someone who gets it. The ENS local network and communication through the vagus nerve is ignored for reasons that are below me (lol). Medicine needs to get it’s act together, or just admit it’s not truly there to help us. It’s getting to the point where a just a little reading on the internet can prove just how much more sense these alternative approaches are making. Not all of them are hocus pocus either. I mean hell, they just started taking essential oil research seriously within the last 1-2 decades. I mean, people been using the stuff… Read more »

Jake, I’d love to chat with you about this! Is there anyway of getting in touch with you? Moderators?

I have gastroparesis. Which is delayed stomach emptying and is believed it is caused from damage to the vagus nerve. Do you think tea should be my go to form of consumption. Micro dosing with capsules has me miserable for days with stomach issues. Trying so hard to get off these dangerous meds

Alicia, have you tried microdosing with tincture? I make my own, it’s relatively easy. I mix a few drops in with lions mane as I take that, it’s perfect for microdosing. Put 1 heroic dose in a jar with high strength alcohol for a few days (lots of info online), remove plant matter and evaporate and mix with water or a second hot water extraction (might upset tummy) or lions mane dissolved in water so it’s about 40% alcohol. I aim for 20ml so the full dose can be split into 400 drops. 2-3 drops is a micro dose (non… Read more »

I believe its due to a liver stagnation or sensitivity in certain people, eg my liver is very sensitive so i always get nsusea, but stimulating the liver marma point (crease of right elbow) during will greatly reduce it, just as well drinking liver cleansing herbs and fresh vegetable juices prior to the experience (I juice celery, ginger, turmeric, dandelion, lemon, cilantro and kale 2 hours before and immediately after ). Consider doing a full liver cleanse in the weeks prior and see what happens…. From energy point of view its when energy flowing to the 3rd chakra is not… Read more »

5-HT3 is the receptor associated with nausea and vomitting reflex in animal models, but psilocyn is not affine to it (Ki > 10000).

Could some of the “minor” components interact with 5-HT3?

More articles about Side Effects

Why Do Magic Mushrooms Cause “The Yawns”? 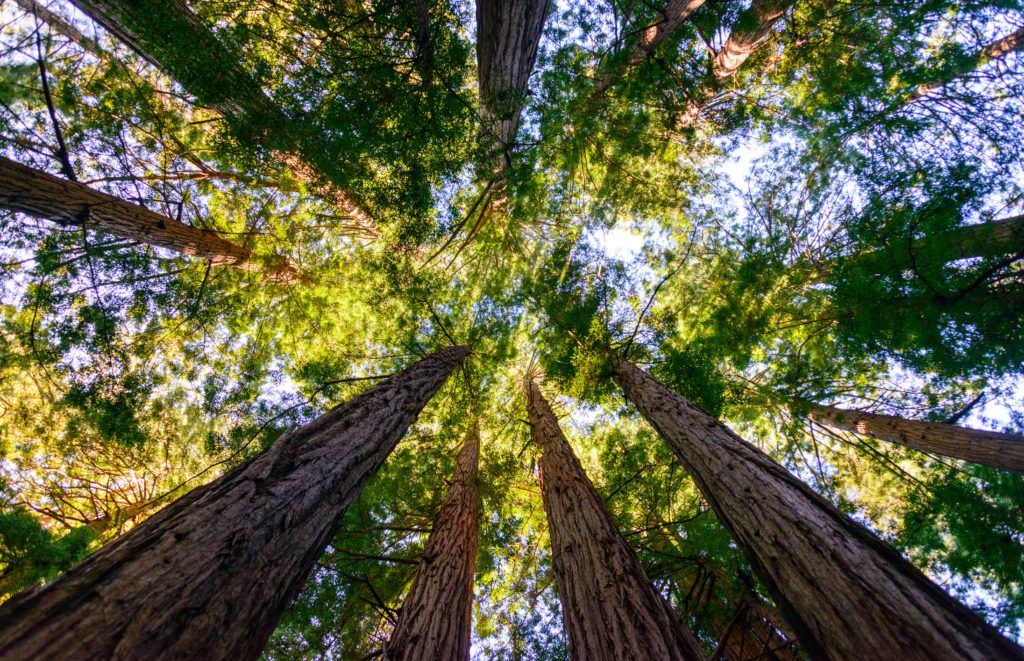