Online discussion forums such as the Subreddit r/ContamFam are filled with mushroom hobbyists and others discussing psilocybin mycelium and mushroom infections. One of the most frequently posted subjects can be paraphrased as “Is this a Trichoderma infection or blue bruising? What can I do? Should I throw it out?”

Understandably, there is often an air of uncertainty surrounding this diagnosis. Bruised psilocybin mushrooms and mycelium can have a greenish tinge1 and look similar to a mold called Trichoderma, which is fatal to them. Advice and discussions go back and forth, often ending with throwing out the batch or burying it in the garden if an infection is suspected. If the consensus is bruising, then the cultivator proceeds cautiously with the grow.

Considering that this is a crucial decision-making point for growing a magic mushroom batch, informed decisions can prevent wasted effort.

Spotting the Differences Between Trichoderma Infection and Bruising

So, the main question becomes, how can you tell bruising from Trichoderma (aka Trich)? The macroscopic appearance of Trich is described as “A cottony mold, growing in circular colonies on the casing soil or compost; grayish and diffuse at first; rapidly growing; and soon forest green from spore production.”2 Identifying Trich in these early stages may spell the difference between saving the grow or adding it to the compost heap (more on that later).

Figure 1 shows the cottony gray appearance of Trich in its early stages and as it progresses to form spores and turns green. 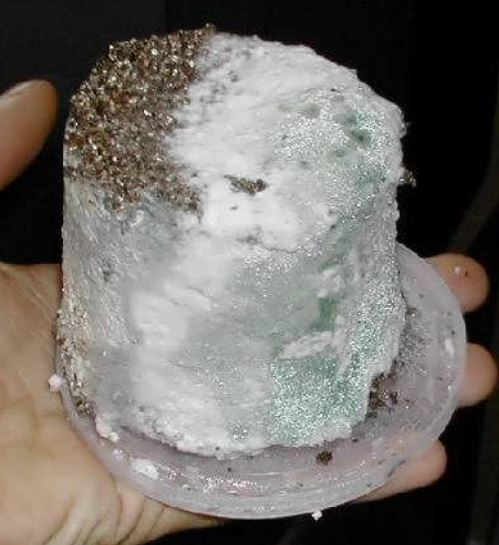 Figure 1: This image from the Shroomery shows the cottony gray appearance of early Trichoderma infection (left) and its progression to producing spores which turn it green (right).3

But woe to the cultivator who discovers something like what is shown in Figure 2 growing in their agar or tub. 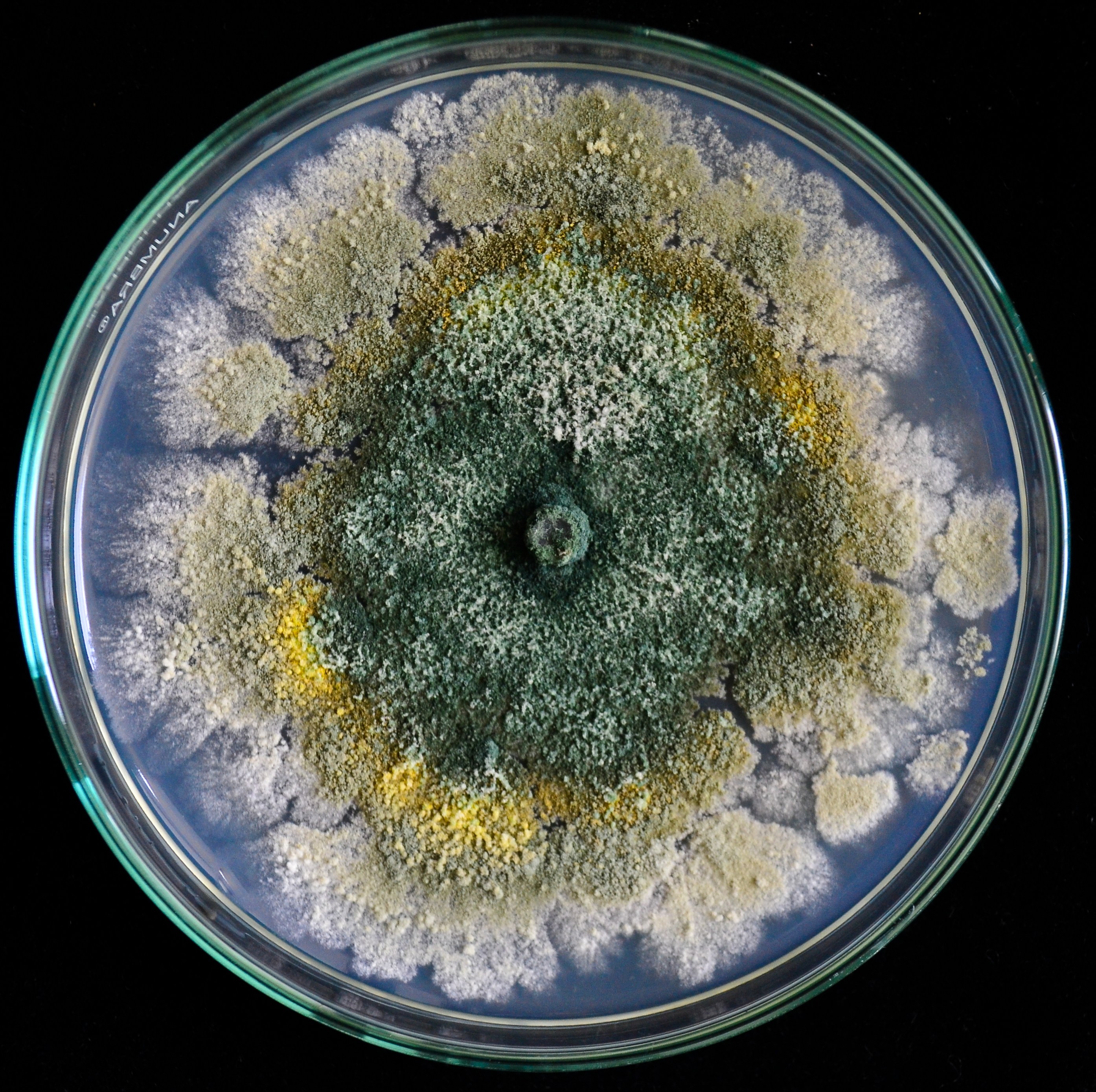 Figure 2: Trichoderma mold growing on agar in a Petri dish. Note the forest green color how the mold can turn white and even yellow as the infection spreads outward from the center. At this late stage, the grower can try cutting out the contaminated area, but that may spread the infection. Image Credit: BENPOL / Shutterstock.

In contrast to Trich green, the blue color of bruised mushrooms is shown in Figure 3. But sometimes this identification at the mushroom (or mycelium) level isn’t all that cut and dried. Recall that Paul Stamets said that bruised mushrooms could also have a bluish-green color.1 In fact, in their 2019 paper, Claudius Lenz et al. described the chemistry of how bluing compounds may be formed in Psilocybe cubensis.4 In addition to blue, they identified several other compounds, some of which produce blue-green and brown colors. The colors that form appear to depend on the oxidative power of the environment and the amounts of compounds (the substrate), such as psilocybin and psilocin, that are present. 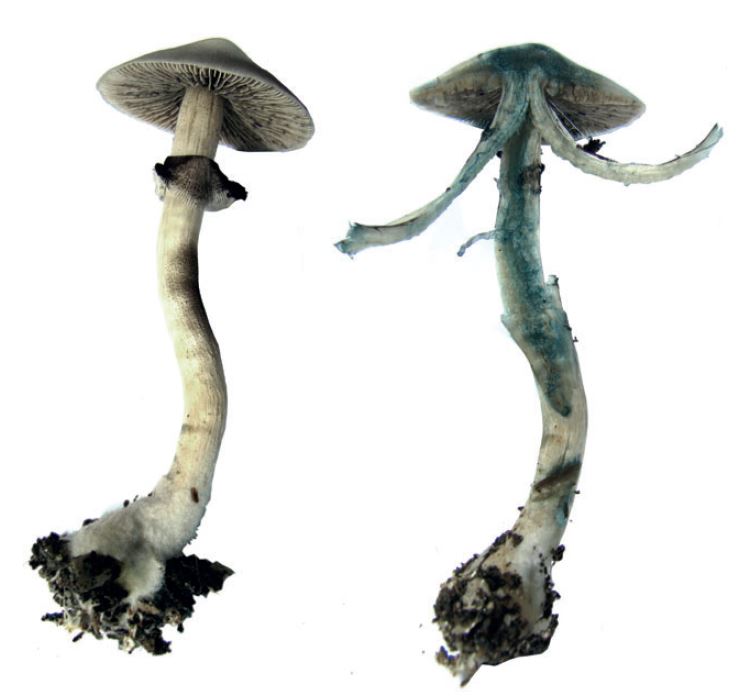 Figure 3: This illustration from Lenz et al. shows an intact Psilocybe cubensis mushroom (left) and one that has been cut with a scalpel.4 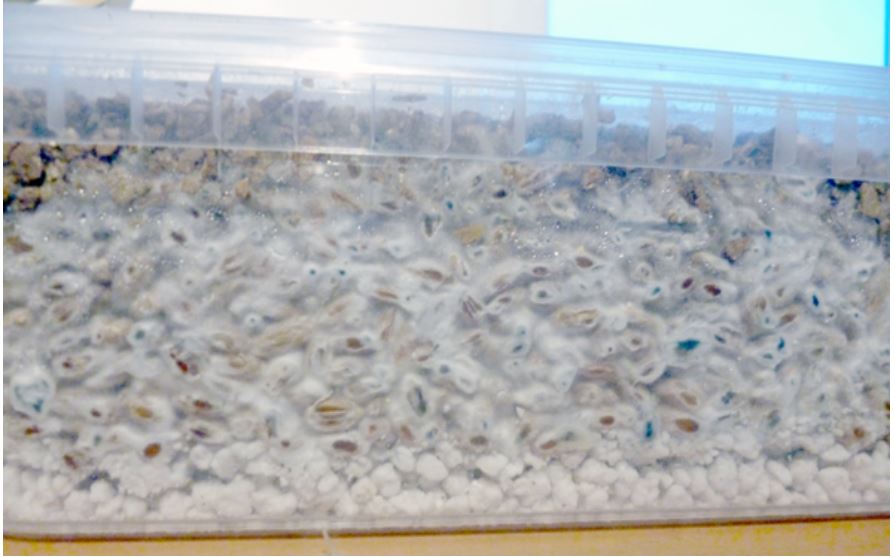 Figure 4: Mycelium-covered grains in the bulk substrate can also bruise blue from the stress caused by pressing against the side of a jar, tub, or bag.5

Figure 5 from an article on Zamnesia clearly shows the bluish color in a larger area of bruised mycelium. 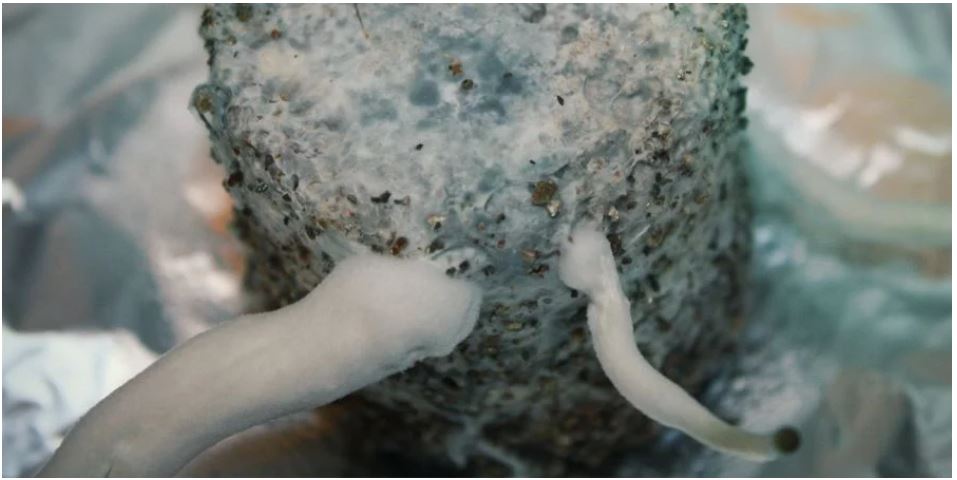 Figure 5: This image shows the appearance of a bruised grain cake.6 Compare this color to forest green mold of Trichoderma in Figure 2.

Those with access to a microscope can get right in the face of the discoloration and make a confident decision about what to do with the batch. Seeing a structural arrangement and spores similar to what is shown in Figure 4 would tip the scales in favor of it being a Trich infection. Also, going by the morphology of the mold is helpful for colorblind people. 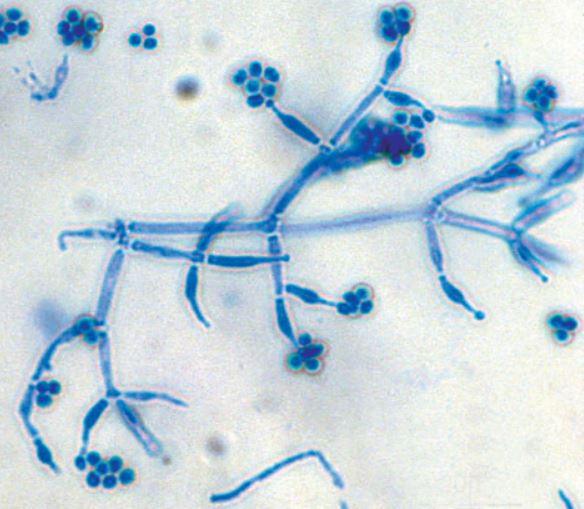 Figure 6: Microscopic view of a Trichoderma mold’s structure and spores.7

There are no scientific studies backing it up yet, but some discussion boards suggest using the “swab test” to test whether the color is due to bruising or Trich contamination (searching Reddit or the Shroomery will yield dozens of posts mentioning it). For the test, a cotton swab is gently swiped over the surface of the discoloration. The hypothesis states that Trich will color the swab while bruising will not. Interestingly, Paul Stamets notes, “Trich spores are sticky and attach to anything coming into contact with them.”2

There is still some hope for the mushroom crop if the infection is isolated and treated early. One important thing to know about Trich is that it thrives in acidic conditions.2 Therefore, Paul Stamets recommends covering the infected area with “…salt, sodium hypochlorite, or sodium bicarbonate (baking soda), or a solution thereof.” This treatment will raise the pH and inhibit further growth or, in the case of salt, render the growing medium uninhabitable. He says, “Recognizing and treating this fungus in its earliest stages, before many spores are produced, greatly reduces the risk of satellite colonies spreading throughout the growing room.”

If Trich has taken over large areas of the bulk substrate, some growers suggest cutting out the infected area. However, this control measure may release spores into the air and initiate further infection.

The best ways of getting up close and personal with bluing and Trich are microscopic examination and the swab test. Although basically bruising is blue and Trich is green, to the naked eye, the subtleties of colors can be hard to distinguish. Good lighting is essential for picking out the subtle gray color of an early infection as well as determining if something is green or blue. Also, keep in mind that light reflecting off black plastic tub liners and other surfaces can change the appearance of colors.

Trich can be spotted early by its diffuse, circular, cottony, grayish-colored colonies. Treating these areas with solutions as described earlier may fix or tamp down the problem. However, infections that reach the stage shown in Figure 2 should be destined for a quick burial.

It is worth mentioning as well that /r/ContamFam advocates prevention of trichoderma rather than treatment. By utilizing a casing layer with a target pH of ~9, an environment is created that is hostile to trichomderma and other contaminants as well.

Check these out for more information –

Can you share more about the danger of trich? Does it prevent mushrooms from growing, or will contaminated mushrooms grow from the mycelium? If the latter, what’s the danger or effect if ingested? 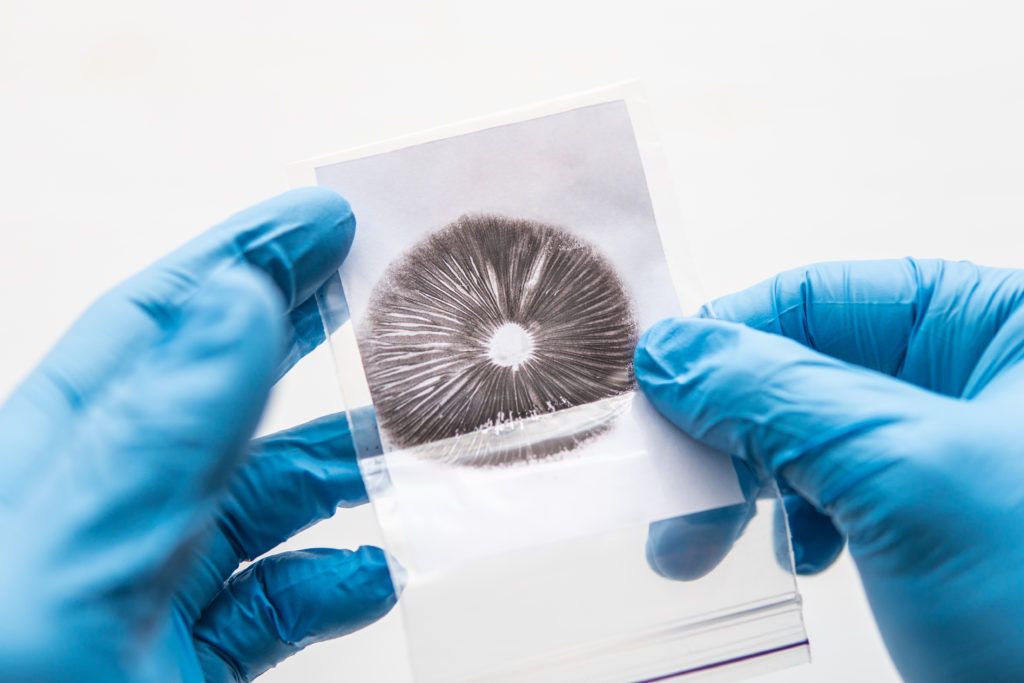