Retaining the potency of psilocybin mushrooms (aka magic mushrooms) would be a primary concern for commercial growers when the day comes that legislation approves them for cultivation, possession, sale, and use in various therapies. Scientists have known for years that the potency of these mushrooms rests primarily on the levels of psilocybin (a prodrug of psilocin) in the mushroom tissues.1

So, if P. cubensis spores don’t have any psilocybin in them, why does it impact mushroom potency if the spores form?  The answer lies in how the spores develop.

It’s a Transformation, Not Making Spores from Scratch

Paul Stamets told PSR how the tissue changes as P. cubensis grows and matures. “Psilocybe cubensis mycelium makes mushrooms which have lots of psilocybin, psilocin and other analogs. The mushroom flesh is thick at first – rich in psilocybin et alia. The gills are very small, and spores have not yet formed in mass.”

But here’s the rub. These magic mushrooms don’t create their gills and spores from the ground up, they use their own flesh as a starting material. Stamets explained,

When the flesh transforms and becomes gills, and the flesh thins, and then spores form from the gills.

Speaking about P. cubensis at the Oregon Department of Human Services Psilocybin Advisory Board Product Subcommittee Meeting in June 2021,2 Stamets said, “…the flesh of the mushroom transmutates into gills into spores.”

A Trick of the Eye

Another aspect of the spore/potency relationship is the assumption that as P. cubensis grows and its cap opens, the mushroom is bigger (has more mass). According to Paul Stamets, this is an illusion.

At the Psilocybin Subcommittee Meeting Stamets compared the size of P. cubensis with their caps closed and open, explaining that the mushrooms only appear larger and are incorrectly assumed to be more potent as well. In reality, potency has been lost because the mushrooms transform their existing tissues into gills and spores, as explained earlier. Stamets told PSR,

There is a proportionate loss of psilocybin as now the flesh is less massive.

This information suggests that P. cubensis mushrooms have the highest potency before their spores have formed. How much difference in potency is there after sporulation? No one knows exactly. However, it may be significant considering how the flesh thins as the spores form from the gill tissue.

The sale of commercial psilocybin mushrooms, I think, should conform to the highest quality standards, which means that with Psilocybe cubensis, it’s closed veils.

As Stamets explained, closed veils are critical because spores attract insects that can spread disease. The spores can also cause allergic reactions in adults and children. Speaking to the latter, he said, “I am concerned that people don’t understand that these psilocybin mushrooms should be harvested and consumed when the veils have not broken.” He added,

It is actually helpful to cultivators commercially to pick the mushrooms when they’re closed caps prior to sporulation. The mushrooms are more potent, there’s less spores, less flies, less transfer of competitive molds, even bacteria, even viruses…if Psilocybe cubensis becomes our golden standard of use which it already, de facto, is.

Thank you so much Paul. You are helping change my life.

Thank you for all the wonderful information you’ve bestowed upon us over the years. You’re a true mycological hero Paul Stamets.
Mush love. 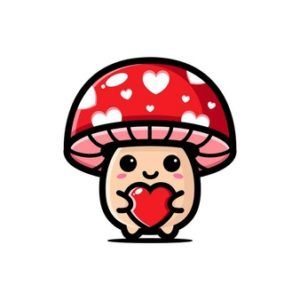 Thank you very much for the info. Great info i havent seen any where else.