Figure 1: The chemical structures of serotonin, psilocybin, DMT, and LSD. Note the indoleamine structure in serotonin that is also present in the psychedelic compounds. This similarity is one reason some psychedelics have an affinity for serotonin receptors. Other reasons may include allosteric modulation and the entourage effect.

Serotonin receptors belong to a family known as GPCRs or G protein-coupled receptors.1 GPCRs are membrane proteins that are responsible for mediating most of the cellular responses to hormones and neurotransmitters. They are also involved in vision, smell, and taste.

GPCRs have a basic form consisting of seven membrane-spanning alpha-helices (Figure 2). The helices are separated by alternating sections of the receptor that form intracellular and extracellular loops.1 Although GPCRs share many similarities, each is unique in terms of the signaling pathways they use, other receptors with which they interact, and the regulatory processes they support. 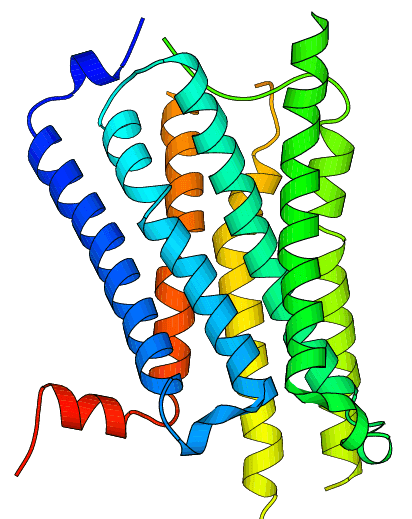 Figure 2: A cartoon representation of the basic structure of a GPCR receptor showing the seven protein helices that span the cell membrane.2

The Importance of Allosteric Modulation

Researchers studying drug development often use GPCRs in conjunction with small molecules called allosteric modulators.3 These molecules do not bind to the primary binding site (aka the orthosteric site) on GPCRs, but rather an alternate binding site (the allosteric site). When this binding occurs, the receptor changes conformation (i.e. changes shape). This changes how the GPCR interacts with a different molecule (also called a ligand) at the orthosteric site.

Getting to Know the 14 Serotonin Receptors

Here is a list of the known serotonin GPCRs along with some general information about each one.4,5

It is clear that there are still many mysteries surrounding the structure and function of serotonin receptors. Further research into their structure, function, and allosteric modulators would help in understanding how psychedelic drugs work, including the influence of the entourage effect. From this, researchers could make formulations with precise amounts of specific compounds. Scientists have only started to scratch the surface to reveal the capabilities and potential of psychedelic compounds.