Meet the zebrafish. One to two inches in length, with neat black and white stripes adorning its slender body, this freshwater minnow native to Southeast Asia looks good behind glass. But that’s not the only reason it’s often found in a tank. Since the early 1980s, zebrafish have served as an important tool in human health research, an alternative to rats, mice, and other mammal models for studying disease and testing the biological and behavioral effects of various chemicals and drugs — including psychedelics.

The History of the Zebrafish in Psychedelic Research

The zebrafish was first proposed as an animal model for studying genetics and human disease in a pair of papers in 1981 and 1983 by George Streisinger, a molecular biologist at the University of Oregon.1,2 Zebrafish develop rapidly, reproduce abundantly, and are hardy and easy to care for, Streisinger wrote, making them well suited for scientific study.

In the decades since, these advantages have made zebrafish an increasingly common animal model in which to screen for harmful effects of both environmental pollutants3 and novel drugs.4 Despite their size, the fish share major organs and tissues with humans. In addition, sequencing of the zebrafish genome in 2013 revealed that 82% of human genes associated with disease have a counterpart in zebrafish.5

More recently, zebrafish have also been employed in the reinvigorated field of psychedelic science, both to screen for negative toxicological effects as well as to indicate potential behavioral benefits. In his widely cited 2016 journal article “Psychedelics,” researcher David Nichols of the University of North Carolina wrote that zebrafish “are emerging as a new non-mammalian organism for behavioral neuroscience research” 6 because they have

substantial physiologic and morphologic homology to humans, and they exhibit robust behavioral responses and are more economical for use than rodent models.

Nichols cited just two examples: one involving the administration of LSD to zebrafish in 2010,7 and another with mescaline in 2012.8 In both cases, the researchers analyzed swimming and other physical behaviors of the fish following exposure to varying doses of the drugs. 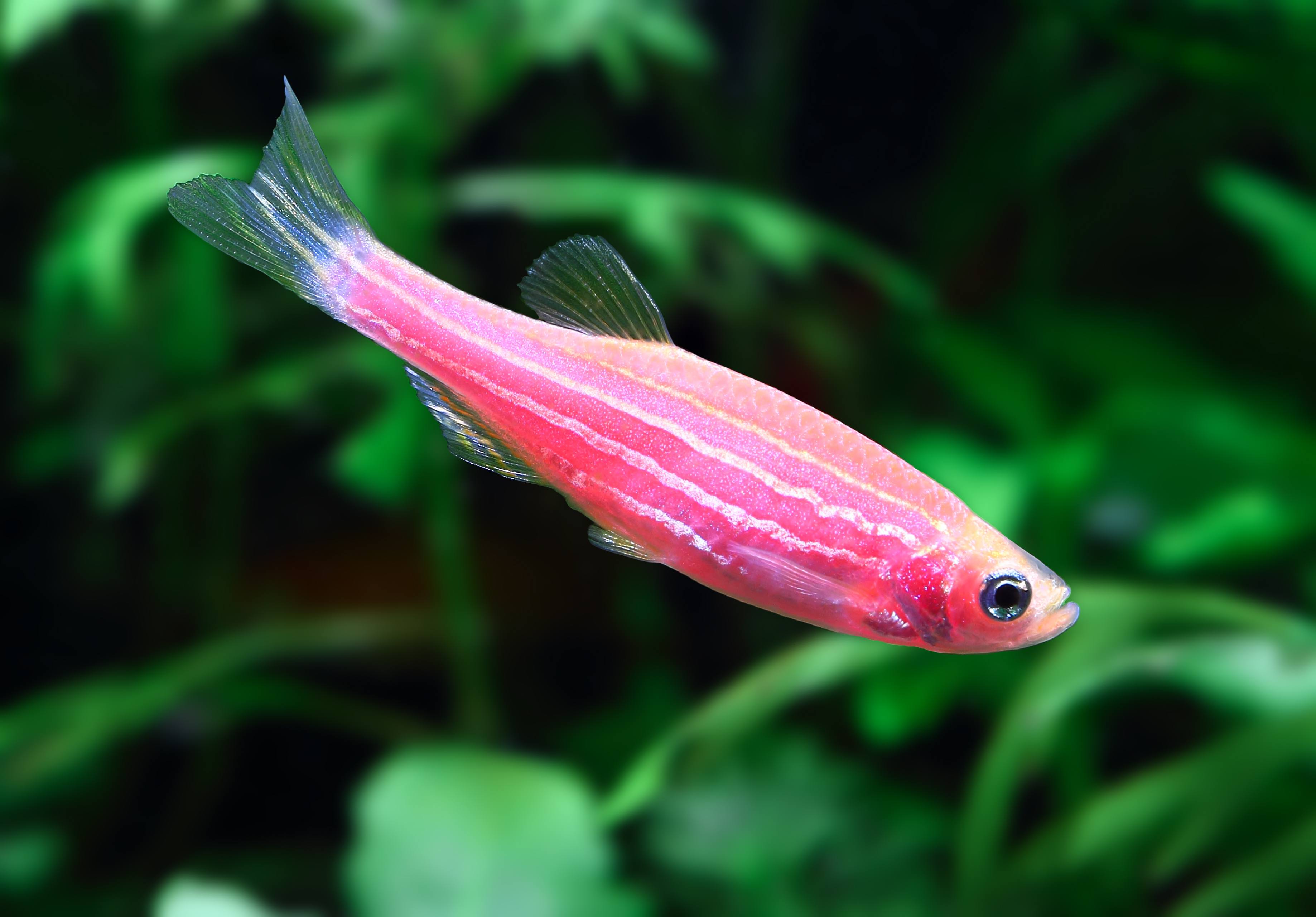 Yet just one month before Nichols’ article appeared, likely too late for inclusion, Evan Kyzar and Allan Kalueff had published an entire article — though admittedly a lower-profile one — on the zebrafish’s role in psychedelic science. Kyzar is the lead author of the 2012 mescaline paper and a researcher at the University of Illinois and Kalueff is a professor of neuroscience and pharmacology with appointments at various institutions around the world.

Kyzar and Kalueff’s article titled “Exploring Hallucinogen Pharmacology and Psychedelic Medicine with Zebrafish Models” makes a case for “the utility of this aquatic model organism in future experiments investigating the potential behavioral benefits and pharmacological toxicity of hallucinogenic compounds.”9 Their article appeared in Zebrafish, a peer-reviewed journal established in 2004 and currently published bimonthly. The review cites about 15 previous studies evaluating various ways in which zebrafish are affected — both behaviorally and biologically — by LSD, mescaline, psilocybin, ibogaine, ketamine, and other compounds.

How Does Zebrafish Behavior Relate to Human Behavior?

Given the biological and genetic similarities between humans and zebrafish — not to mention between humans and rodents — translating toxicological effects from one species to another following a tightly controlled experiment is fairly straightforward, if still a bit speculative. But what can the way a zebrafish swims and moves around its tank teach us about how psychedelics affect humans? It’s all about finding analogues for the human experience in zebrafish behavior.

For example, Kyzar and Kalueff describe an experiment called the “novel tank test” in which the fish are introduced to a new tank so that their patterns of movement and exploration can be analyzed. Top-dwelling behavior is considered a marker of lowered anxiety given that this is where the fish are most vulnerable.7 Un-dosed adult zebrafish typically avoid the top of the tank. Yet in the 2010 study also cited by Nichols, LSD was shown to increase top-dwelling behavior in zebrafish, perhaps indicating reduced anxiety.

Similarly, in the “light-dark box” experiment, where the tank is divided into two compartments, one dark and one light, control fish tend to explore the “safer,” dark side first, then proceed to the more exposed, light side. However, in a 2013 study, zebrafish treated with ibogaine explored the light compartment first, as well as the top half of the tank before the bottom in the novel tank test.10 “It is possible that the ability of ibogaine to affect zebrafish behavior may be related to its well-studied ability to reduce craving and drug use in opiate-dependent patients,” Kyzar and Kalueff write.

Another zebrafish behavior assumed to reflect anxiety is shoaling, in which multiple individuals swim together in a tight group. Across various studies reviewed in the Kyzar and Kalueff paper, LSD, ibogaine, and ketamine were shown to decrease shoaling behavior, while mescaline increased it. No significant change was seen with psilocybin.

More recently, a 2018 article titled “It’s Tea Time: Interference of Ayahuasca Brew on Discriminative Learning in Zebrafish” describes how a team of Brazilian researchers administered ayahuasca to zebrafish and then tested them on the ability to discriminate objects in a one-trial cognitive learning task.11 The researchers found that while fish treated over a short period performed similarly to controls on the test, fish treated for 13 days had impaired performance.

Overall, the results indicate that ayahuasca is a potent psychoactive drug that negatively affects memory in zebrafish following chronic exposure, the authors conclude — with potential implications for humans.

“Zebrafish is by nature a highly explorative and novelty-attracted animal that uses information obtained from the environment to learn about it,” they write in the discussion. “Such ability is only possible due to the modulatory characteristic of the nervous system, particularly the hippocampus in mammals or homologous areas in other species—in fish represented by the lateral pallium. However, it is exactly this specific part of the whole nervous system that is specially affected by psychoactive drugs.”

What’s Next for Zebrafish in Psychedelic Research?

Expert opinions and studies in the scientific literature indicate that zebrafish already have an established and respected place in psychedelic drug research. Further work using these creatures is needed to understand more about their potential in this field. Mammals still occupy an important place in the lab, but this little fish is poised to potentially make a big contribution to psychedelic science.