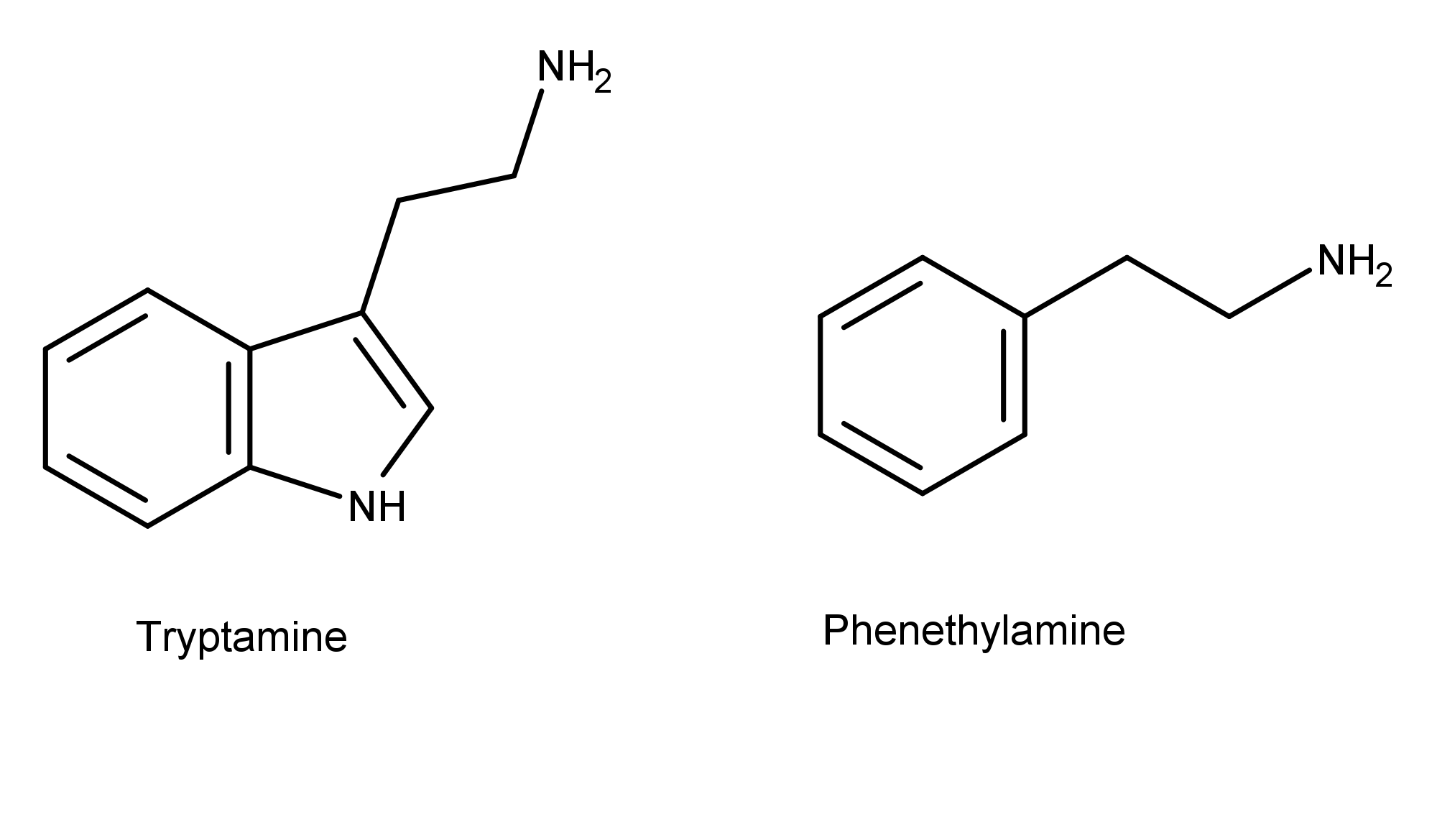 Mescaline is probably the most well-known compound in psychedelic cacti. Species that contain it include the San Pedro cactus (Echinopsis pachanoi), Peyote cactus (Lophophora williamsii), and the Peruvian Torch cactus (Echinopsis peruviana).1 Peyote, in particular, is unique because archaeologists have found evidence of its use by Native Americans as far back as 5,700 years ago, making it the oldest known plant containing a bioactive drug compound.2 Mescaline was first synthesized by Ernst Späth in 1918.3

In their classic book “PiHKAL: A Chemical Love Story,” Alexander and Ann Shulgin called mescaline one of the “Magical Half Dozen” compounds that they considered the most important out of all those they synthesized and studied.4

Other Compounds in Psychedelic Cacti

In addition to mescaline, psychedelic cacti contain other psychoactive compounds. Many of those compounds remain untested (and probably many still undiscovered) so researchers don’t have a clear picture of which ones may have psychedelic/therapeutic effects and may be involved in entourage effects and/or allosteric modulation.

In 1969, Richard Evans Schultes stated in a paper in Science that, “Peyote contains at least 15 ß-phenethylamine and isoquinoline alkaloids.”5 He went on to say,

The intoxications induced by mescaline and by Peyote itself are very different, but they have unfortunately been confused in the literature.

Research done in the 1970s identified compounds in the Peyote cactus including isopellotine, anhalamine, and tyramine.6–8

Interestingly, the authors found that, while abundant in the “buttons,” mescaline was “barely present” in extracts obtained from Peyote roots, while hordenine (which has antibacterial properties) was found only in the roots.

Further, based on their literature review, Ibarra-Laclette et al. stated, “Not all of these substances exhibit psychopharmacological activity when administered singly, but in combination, they apparently potentiate the effects of the mescaline and definitely alter some characteristics for the experience.”

In addition to those listed so far, in the 1977 book “Peyote and Other Psychoactive Cacti,” Adam Gottlieb listed the following compounds in his ‘Dictionary of Cactus Alkaloids.’10

Here, the compound candicine is particularly interesting because it is a quaternary ammonium compound. The magic mushroom compounds aeruginascin and 4-HO-TMT also have this functional group.

Like magic mushrooms, the chemical composition of naturally occurring cacti appears to be highly variable. In 2010, Ogunbodede et al. analyzed the mescaline levels in the cortical stem from several San Pedro cactus samples. They observed that “The range of mescaline concentrations across the 14 taxa/cultivars spanned two orders of magnitude, from 0.053% to 4.7% by dry weight.”11 These data may bring to mind how much the levels of a single compound can vary in magic mushrooms and toad venom, and likely in other organisms.

Clearly, there is much mystery still surrounding the chemical composition of psychoactive cacti– including the identity of all the active compounds and the concentrations of those compounds. Just like magic mushrooms and toad venom, it is feasible that these compounds have synergistic effects on the body. But it’s all speculation until scientists identify all the compounds in these cacti, elucidate their pharmacology, and understand how they work together to produce certain effects.

Interesting! I’m just watching a TV programme, ‘Do Psychedelics Cure?’, shown on PSB America. It’s talking about peyote but the word ‘mescaline’ hasn’t featured yet, so I was curious how significant other compounds in peyote are.