The serotonin 5-HT2A receptor is the one most often associated with the psychedelic experience.1 The first definitive study indicating its vital role in the effects of psychedelics, specifically psilocybin, was published by Vollenweider et al. in 1988.2 The 5-HT2A receptor was first cloned in 1990.3

The Structure of the 5-HT2A Receptor

The 5-HT2A receptor has a characteristic form consisting of seven membrane-spanning alpha-helices4 (Figure 1). The helices are separated by alternating sections of the receptor that form intracellular and extracellular loops. 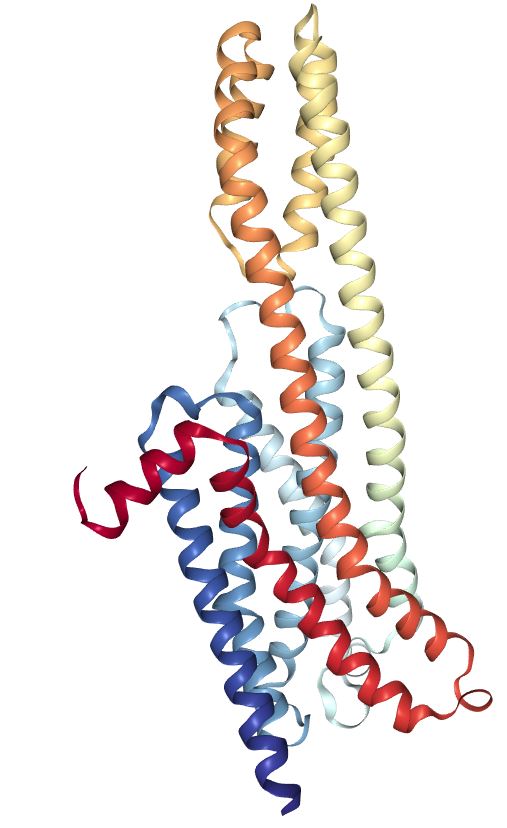 Figure 1: Cartoon representation of the 5-HT2A receptor with its seven helices that are characteristic of G protein-coupled receptors (GPCRs).5

How Do 5-HT2A Receptors Work?

The 5-HT2A receptor belongs to a family known as GPCRs or G protein-coupled receptors.4 GPCRs are membrane proteins that are responsible for mediating most of the cellular responses to hormones and neurotransmitters. They are also involved in vision, smell, and taste.

A classification system created by Nichols and Nichols groups serotonin receptors based on their primary signaling mechanism.6 According to the system, 5-HT2A falls into the group known as Gq coupled receptors. Gq proteins are signaling proteins that couple to the 5-HT2A receptor.

When the 5-HT2A receptor is activated (for example, when serotonin binds to it), the Gq protein activates the cell’s signaling pathways.7 The activation of Gq causes the hydrolysis of molecules called phosphoinositides, located in the cell membrane. This results in the formation of diacylglycerol, which among other functions, activates the enzyme protein kinase C. This enzyme has a variety of functions in neurons, smooth muscle, and other cell types.

The hydrolysis of phosphoinositides also leads to the formation of inositol phosphates, which increases the amount of calcium within cells. This release of calcium causes a cascade of changes in the cell as part of the signaling pathway. What happens next depends on many factors involved in the physiological function.

The Distribution of 5-HT2A Receptors

mRNA (messenger ribonucleic acid) coding for the 5-HT2A receptor is expressed throughout the body and the CNS (central nervous system) (Figure 2). Not surprisingly, not only do the number of 5-HT2A receptors vary in different tissues, but they also vary between species. For example, regarding the variability between species, testing using [125I]DOI labeling clearly shows 5-HT2A receptors in the corpus striatum in humans, mice, and guinea pigs.8 However, not in rats, cows, pigs, or monkeys. Like humans, the 5-HT2A receptor in the mouse brain is found primarily the cerebral cortex and the olfactory tubercle.9 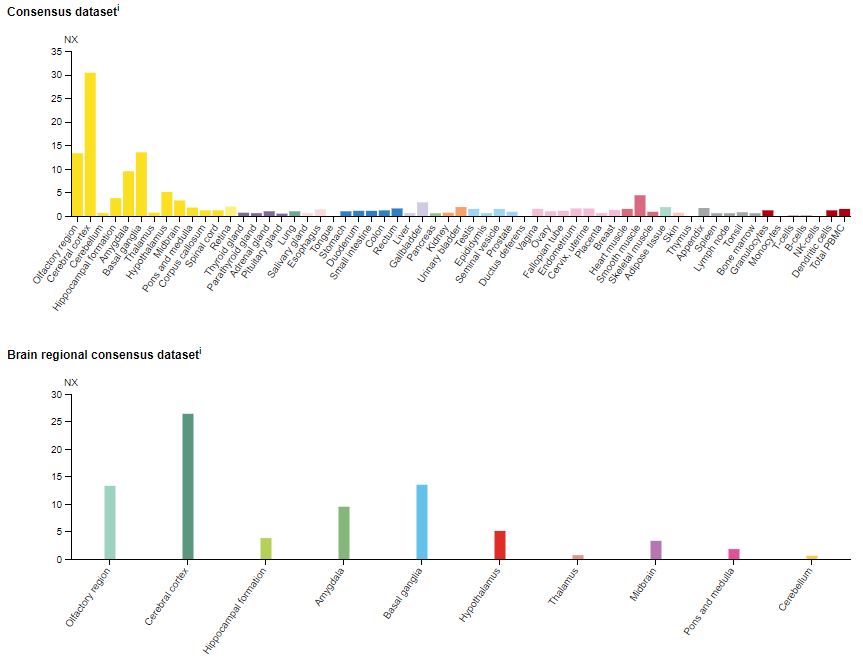 At a cellular level, 5-HT2A is present in abundance on the apical dendrites of pyramidal cells in the cortex of rodents and primates.10–12 This area of the brain is believed to modulate cognitive processes, attention, and working memory.

The Effects of 5-HT2A Receptor Activation

Activation of the 5-HT2A receptor (and its associated signaling protein) results in a variety of responses depending on the tissue and physiological function. Examples include neuronal excitation, vasoconstriction/vasodilation, platelet aggregation, smooth muscle contraction in the bronchi and gastrointestinal tract, memory, and learning (a thorough review is given in Nichols and Nichols 2008).6

Also, the UniProt (Universal Protein Resource) database captures the dozens of biological processes that are attributable to the 5-HT2A receptor.14

A phenomenon known as tachyphylaxis refers to the development of tolerance to a drug when it is administered repeatedly. The mechanism of tachyphylaxis is not fully understood. For psychedelics, the best theory at this time is that it results from downregulation (reducing or suppressing) of the 5-HT2A receptor (see review in Nichols 2016).15 Interestingly, the downregulation of the 5-HT2A receptor can come from repeated exposure to an agonist or antagonist. This behavior is unique in comparison to most of the other GPCRs.

The 5-HT2A Receptor and the Psychedelic Effect

Although the 5-HT2A receptor has many functions, it is of particular interest to psychedelic researchers at this time because of its role in the psychedelic response, therapy, and drug research.

The exact mechanism by which 5-HT2A causes psychedelic effects from compounds such as psilocin is not fully understood. Much of the data from studies looking at the neuronal effects of psychedelic drugs are obtained using single cells harvested from brain slices. This is hardly representative of a whole and functioning cortex. However, the current understanding that scientists have is intriguing and offers many opportunities for further investigation.

The psychedelic response results from the binding of an agonist or antagonist molecule to the 5-HT2A receptor.15 Abundant research over the last several decades has shown that psychedelics enhance signal transmission in the cortex via glutamate (Figure 3), the anionic (and excitatory) form of the amino acid glutamic acid. This enhanced glutamatergic transmission occurs at the level of cortical neurons and also modulates behavioral responses seen with the administration of psychedelics. 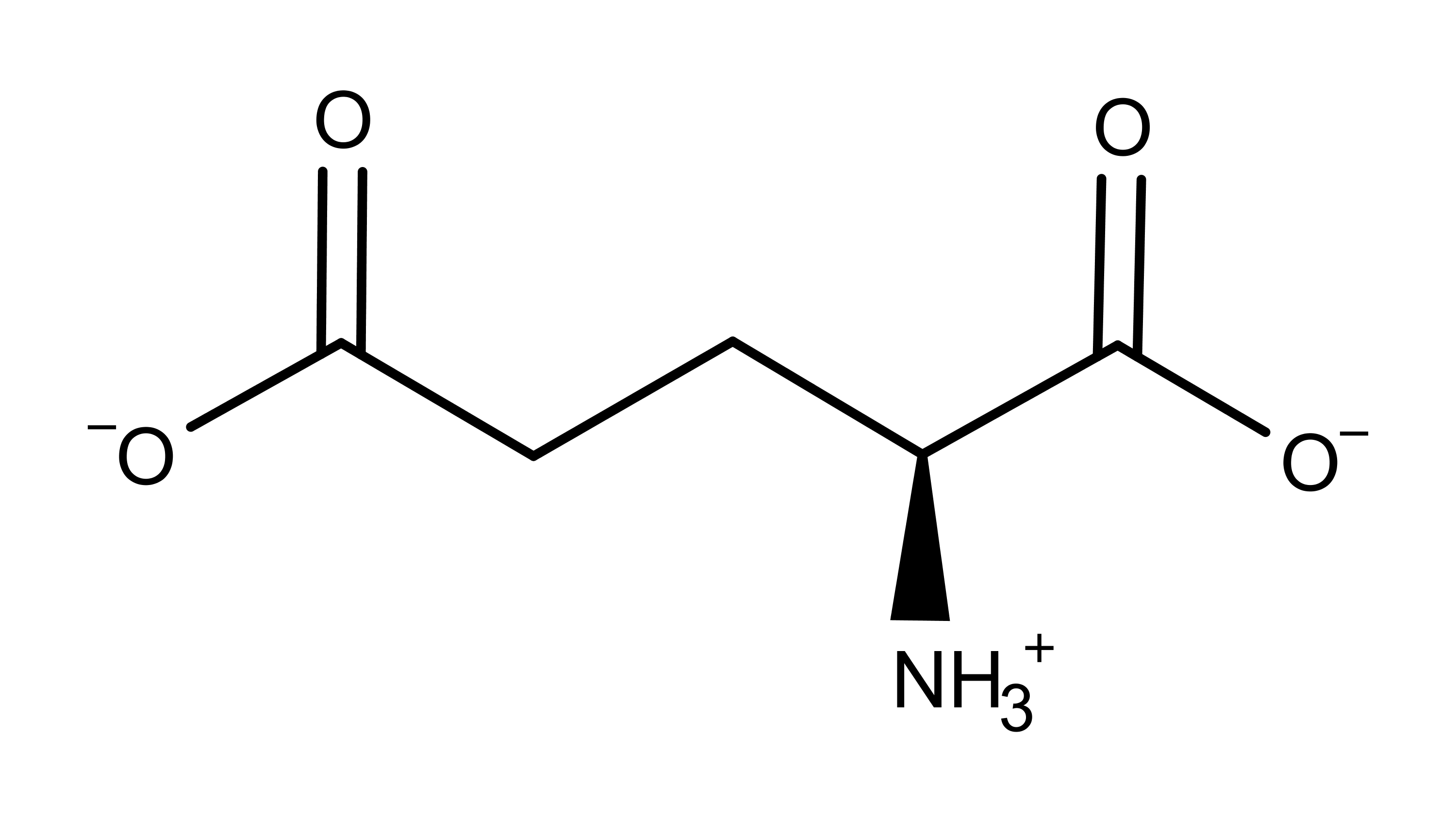 Figure 3: The chemical structure of glutamate which is crucial for eliciting the psychedelic effect at the 5-HT2A receptor. Glutamate is the anion form of the amino acid glutamic acid.

Adding to the complexity of understanding the psychedelic response is research showing that GPCRs can couple to more than one signaling pathway inside cells. The term for this phenomenon is functional selectivity (aka ligand bias).18–20  Unfortunately, not enough is presently known about which other signaling pathways may be involved in the action of psychedelics.

Researchers have also found that the effects of psychedelic drugs may involve receptors other than 5-HT2A. For example, several tryptamine psychedelics such as psilocin and 5-MeO-DMT have a high affinity for the 5-HT1A receptor.15 Also, the 5-HT2C receptor may play a role, particularly at higher doses. Studies on locomotor activity in mice indicate that higher doses of some psychedelics activate the 5-HT2C receptor.21 Further, this activation exerts an opposing effect on 5-HT2A. Psychedelic researcher Dr. David Nichols notes in a 2016 review paper that all known psychedelic drugs are agonists at both 5-HT2C and 5-HT2A.15

LSD (lysergic acid diethylamide) is a unique psychedelic in terms of the receptors that elicit its effects. It has high affinity and agonist activity at dopamine receptors, not serotonin receptors.22 The dopamine receptors and the effects of LSD will be covered in a separate PSR article.

I have looked and looked, and nowhere can I find an email contact address for Ms Bauer or PSR.

Hi Stan – We’re working on adding a contact page for the website. In the meantime, you can reach me at [email protected]

from the references here:

to this recent article:

https://news.mit.edu/2020/why-learn-motivate-age-decline-1027
“When the researchers used genetically targeted drugs to boost activity in the striosomes, they found that the mice became more engaged in performance of the task. Conversely, suppressing striosomal activity led to disengagement.”

Maybe psychedelics (such as psilocybin) provide a boost to striosome activity? Honestly curious!