Invention of DOI and origin as a research tool

2,5-dimethoxy-4-iodoamphetamine, commonly known as DOI, was first synthesized in the 1970s by two independent laboratories as one of a series of phenethylamine-based analogues of mescaline. In an attempt to elucidate the structure activity relationship of phenethylamine psychedelics, the 2,5-dimethoxy-4X-amphetamine pattern was identified as being the most active and used as a blueprint to develop more suitable compounds for use in research.1  One of the two researchers to first develop DOI was Dr. Alexander (Sasha) Shulgin, the author of the infamous psychedelic ‘cookbook’ PiHKAL and inventor of over two hundred novel psychedelic molecules, many of which he personally assayed for psychoactivity.  It was Dr. Shulgin who first coined the naming schema DOx to describe the series of psychedelic amphetamines substituted with methoxy groups at the 2- and 5- positions [For example; 2,5-DimethOxy-4-Iodoamphetamine (DOI), 2,5-DimethOxy-4-Bromoamphetamine (DOB), and 2,5-DimethOxy-4-Methylamphetamine (DOM)].

DOI did not achieve widespread use as a tool in basic in vitro and in vivo research until the mid-1980s when publications on its pharmacology and chemistry began to increase rapidly.  By the year 2000, nearly 50 scientific papers per year were published with data obtained using DOI or discussing its pharmacology and effects.2 Since its adoption by the research community in the ’80s as a tool for studying the serotonin system, DOI has become one of the most commonly used serotonin 2A (5-HT2A) agonists by scientists, contributing to over 950 published scientific papers to date.2 The widespread popularity of DOI as a tool in basic research along with its relative obscurity as a drug in the public sphere are a consequence of both its pharmacology and its regulatory status as an uncontrolled compound.

Pharmacology and benefits of DOI to current research

DOI owes its prominence as a favorite tool of psychedelic researchers because it shares core elements of its pharmacology with classical psychedelics such as LSD, psilocybin, and mescaline.  Despite its technical classification as an amphetamine, DOI shares none of the pharmacological characteristics of other amphetamine psychostimulants. Instead, it acts as a potent partial agonist of 5-HT2A, 5-HT2B, and 5-HT2C receptors, which it activates in the same manner as other hallucinogens.

The fact that DOI activates these serotonin receptors in the same way as psychedelics rather than non-hallucinogenic agonists, such as lisuride, is what enables researchers to use it for studying the effects of psychedelics at the cellular and neurological level. In fact, DOI’s selectivity and potency at 5-HT2 receptors allowed it to play a central role in elucidating 5-HT2 agonism as the common mechanism of action mediating the effects of nearly all classical psychedelics.3-7 Following the development of a radioactive form of the drug that contains an isotope of iodine ([125I]-R-DOI), DOI played an instrumental role in mapping the serotonin system in humans using PET imaging techniques. This form of DOI continues to be used extensively as a radioligand in basic preclinical research to quantify how many types of drugs interact with 5-HT2 receptors.8,9

Presently, DOI remains a primary compound used by hundreds of researchers around the world, amidst the revival of psychedelic research that has occurred over the last 15 years.  Among its recent contributions to scientific knowledge are the discovery of psychedelics’ ability to promote neuronal growth and remodeling (neuroplastogenic effects), identification of their potential anti-inflammatory effects, and elucidating the role of glutamate in mediating the supposed therapeutic benefits of psychedelics.3,4,7,10-13 DOI’s status as an accessible psychedelic compound has allowed for investigation into these disparate mechanisms fueling enthusiasm for their novel ability to heal neurological dysfunctions. As psychedelics continue to show promise as novel treatments for a range of mental health disorders, DOI will likely remain the go-to compound for investigating the physiological mechanisms underlying their efficacy.

Abuse potential and use by the public

It is no surprise that as a consequence of DOI’s psychedelic-like activity at 5-HT2 receptors, it can also produce subjective effects reminiscent of those produced by commonly used psychedelic drugs when ingested. However, DOI’s psychoactive effects in humans are substantially different and longer-lived than those produced by common psychedelics (DOI: 18-36 hours, LSD: 8-12 hours, Psilocybin 4-7 hours), making it considerably less attractive for use as a recreational substance.  Furthermore, the subjective effects of DOI are often considered overly stimulating, anxiety inducing, and less euphoric than other psychedelics by the small number of enterprising psychedelic enthusiasts who have chosen to consume it in the decades since its invention. These characteristics have also had the effect of limiting clinical research into the compound as a potential therapeutic, further underscoring its inability to produce desirable psychoactive effects.

Studies in animals using techniques such as self-administration and intracranial self-stimulation (ICSS) have corroborated DOI’s lack of reinforcing effects, indicating it lacks the ability to cause compulsive use and addiction; a property it shares with nearly all other psychedelic drugs.6  Based on the sparse reports of human consumption and evidence collected from numerous in vivo studies, DOI likely has little to no potential for abuse even relative to other psychedelic agents, yet another reason why it has survived as a favorite tool of scientists for over four decades.

Despite the resurgence of interest in the potential therapeutic applications of psychedelic compounds, they still carry baggage from their widespread use during counterculture movements of the 1960s and ’70s. At the time, use of psychedelics by the public was seen as a danger to public health by authorities, prompting the placement of LSD, psilocybin, and the related drug DOM into schedule I of the Controlled Substances Act (CSA) along with other hallucinogenic compounds.  Since their initial classification under the CSA as dangerous drugs of abuse, psychedelics of all types have been highly controlled under schedule I of the CSA.

While DOI and other psychedelic amphetamines bear a moderate resemblance to the structure of classical psychedelics, they have often been compared using the well-established drug discrimination paradigm, an animal model that assesses the degree of similarity between the ‘subjective’ effects (also known as interoceptive stimuli) produced by two drugs. Under this paradigm DOI and other psychedelic amphetamines such as DOM, DOB, and DOC have been shown to substitute for classical hallucinogens, providing evidence that they have the potential to be used by humans in a similar manner.

Although there have been only sparse reports of DOI’s sale and use by the public, the closely related chemical DOC (2,5-DimethOxy-4-Chloroamphetamine) saw limited popularity as a novel psychoactive substance (NPS) starting in the early 2000s.14  The use of DOC as a recreational drug eventually caught the attention of authorities in Europe and led to a recommendation by the World Health Organization (WHO) that DOC be scheduled.15 As an international governing body, when the WHO recommends the scheduling of a drug as a controlled substance, all member countries are expected to follow steps to control the drug in question under their respective laws.

As a result, the DEA moved to follow the WHO’s 2019 recommendation by proposing the scheduling of both DOC and DOI under schedule I of the CSA on April 10, 2022. Despite DOI remaining unnamed by the WHO’s recommendation, the DEA considered the drug to be substantially similar to other abused psychedelic drugs and utilized the few documented reports of DOI intoxication as evidence of its danger to public health.14 While the uncontrolled use of DOI presents some risk to those who use it for recreational purposes, its potential placement in schedule I will likely have a cooling effect on psychedelic research, prompting calls from scientists around the country to reconsider the proposal.

Presently, the status of this little-known research tool hangs in the balance while the DEA’s proposal remains open for public comment.  Regardless of DOI’s future as an accessible psychedelic compound, its history and contributions to the field deserve to be recognized as being central to the current psychedelic renaissance and the future of psychedelic medicine.

Harrison is currently a doctoral candidate in the Virginia Commonwealth University School of Medicine's Pharmacology and Toxicology department. His research background includes over 5 years as a clinical research consultant in the pharmaceutical industry as well as 4 years conducting preclinical research on psychoactive drugs in academic laboratories. Presently, his primary interests include research into the therapeutic use of psychedelic compounds and the pursuant regulatory issues surrounding the use of controlled substances in research and medicine.

As I understand, according to Charles Nichols, the first reference to DOI in the scientific literature was in the following paper, by Ronald Coutts and Jerry Malicky: https://cdnsciencepub.com/doi/10.1139/v73-210. These two synthesized DOI as an analog of DOM, which was invented by Shulgin.
Is this the second lab you refer to? Perhaps it should be cited.

DOI probably wouldn’t be a drug of choice for most people. The more common analogs DOB and DOC are milder but still very long acting. I found lower doses of DOB to be interesting but not necessarily revelatory. Larger doses (over 2 mg) are just too intense to be desireable. The NBOMe comopunds seem to parallel the a-methyls, as the iodo compound feels darker, the bromo, iodo and chloro parallel the unsubstituted phenethylamines 2-CB, 2-CC and 2-CI. In other words, the iodo compounds in every instance seem to have a heavier energy, a darker feel that is undesireable to me.… Read more » 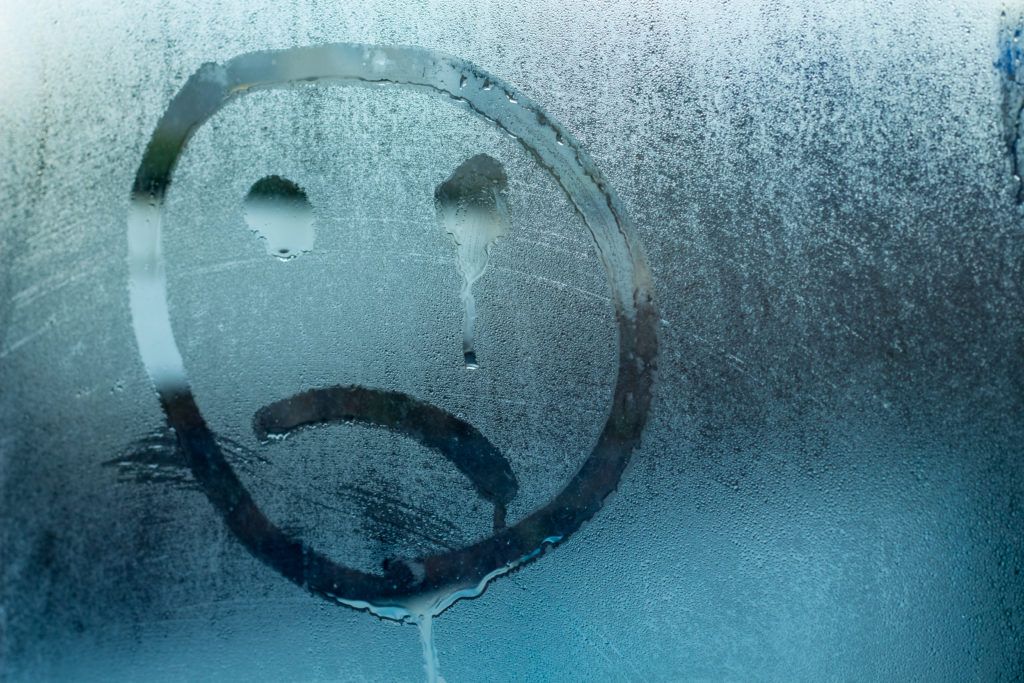 Compassionate Use – Psychedelic Therapy for Those Who Can’t Wait