Note: While reaching out to Mr. Morris for this article, we learned that his presentation at the WBAC was not supposed to be released to the public. He kindly permitted us to use his words from the talk, and we are honoring his request not to use links to the video.

Hamilton Morris is best known as a writer for Vice magazine, and the host of the television show “Hamilton’s Pharmacopeia.” He is also a psychedelic researcher, documentarian, psychonaut, and respected thought leader in the world of psychedelics.

In 2018, Morris was a guest on the Joe Rogan Podcast (episode #1136). Also, in July 2019, he was a featured speaker at the World Bufo Alvarius Congress (WBAC) in Mexico City. At both events, Morris talked about toad secretions and the primary psychoactive compound they contain: 5-MeO-DMT. He also offered his insights into the entourage effect in toad secretions and the importance of conserving toads and their habitats.

Evidence for the Entourage Effect in Toad Secretions

Psychedelic Science Review has written about evidence for the entourage effect in toad secretions. There isn’t an abundance of information because the importance of the effect has not been rigorously studied. But there is some anecdotal and observational information in both the literature and subjective experiences suggesting the presence of an entourage effect.

In his interview with Joe Rogan, Hamilton Morris said, “…maybe there’s a little bit of that sort of entourage effect that you get with almost any plant that has a variety of different alkaloids.”

At the WBAC, Morris stated regarding the entourage effect in toad secretions, “I think it’s possible, but there’s no evidence for it.”

And he’s right. There is no empirical evidence from scientific studies using known amounts of purified materials to probe the entourage effect in toad secretions. However, the existence of an entourage effect seems likely based on the chemical variation in natural compounds alone. Different chemical compositions produce different effects. Each combination of chemicals is a different drug. This phenomenon is becoming relatively well established in the cannabis industry. And the entourage effect probably also holds true for other organisms with psychoactive properties, including magic mushrooms, iboga, kratom, etc.

In addition to the evidence for the entourage effect in toad secretions laid out in the Psychedelic Science Review article, during the Q&A session at the WBAC, a member of the audience described his observations working with human subjects, 5-MeO-DMT, and whole toad secretions:

There’s a qualitative difference. Smoking the toad is different than smoking the synthetic. It has a different feel to it. The toad seems to last a little longer, and it takes a little longer to come back. There’s something else in there, in the mix, that distinguishes these two.

The researcher described the experience of one of his subjects receiving a large dose (100 mg) of whole toad secretions followed by “a pinch” of synthetic 5-MeO-DMT. The subject reported that the pure compound only served to magnify the effects and didn’t produce any additional effects.

Morris told Psychedelic Science Review, “The differences are widely reported in the psychedelic community, but are not based on anything approaching a controlled double-blind experiment with a large number of subjects, which would be required to meaningfully establish a difference between the two materials.”

I’ve tried synthetic 5-MeO-DMT a couple times. I’ve tried Bufo alvarius venom once at a low dose, once at a high dose. They’re all different. But then everything is different, mushrooms are different every time I take them. You know it’s really hard once you start explaining a different experience based on the composition of the material. Because how do you assign it to the dose or the minute number of different tryptamines that are also present? It’s really hard to say.

Experts like Hamilton Morris who study toad secretions have found that “there can be a tremendous degree of variation” in the chemical composition of toad secretions. This includes tremendous variation in the amount of 5-MeO-DMT in the secretions. At the WBAC, Morris accurately described the current understanding of toad toxin compositions as a “chemical unknown.” A further complicating factor is that there is also tremendous variation in the magnitude of the compositional variation itself between individual toads. Some studies have data showing a 50% difference in 5-MeO-DMT concentration, while others have a 300% variation.

The evidence thus far demonstrates substantial variability in both (a) the psychoactive compounds found in samples of toad secretions and (b) the amount or concentration of those compounds.

All of the above illustrates an unmet need for studying the chemical composition of toad secretions, e.g., at different times of the season, various locations, different stages in the toad’s development, etc. 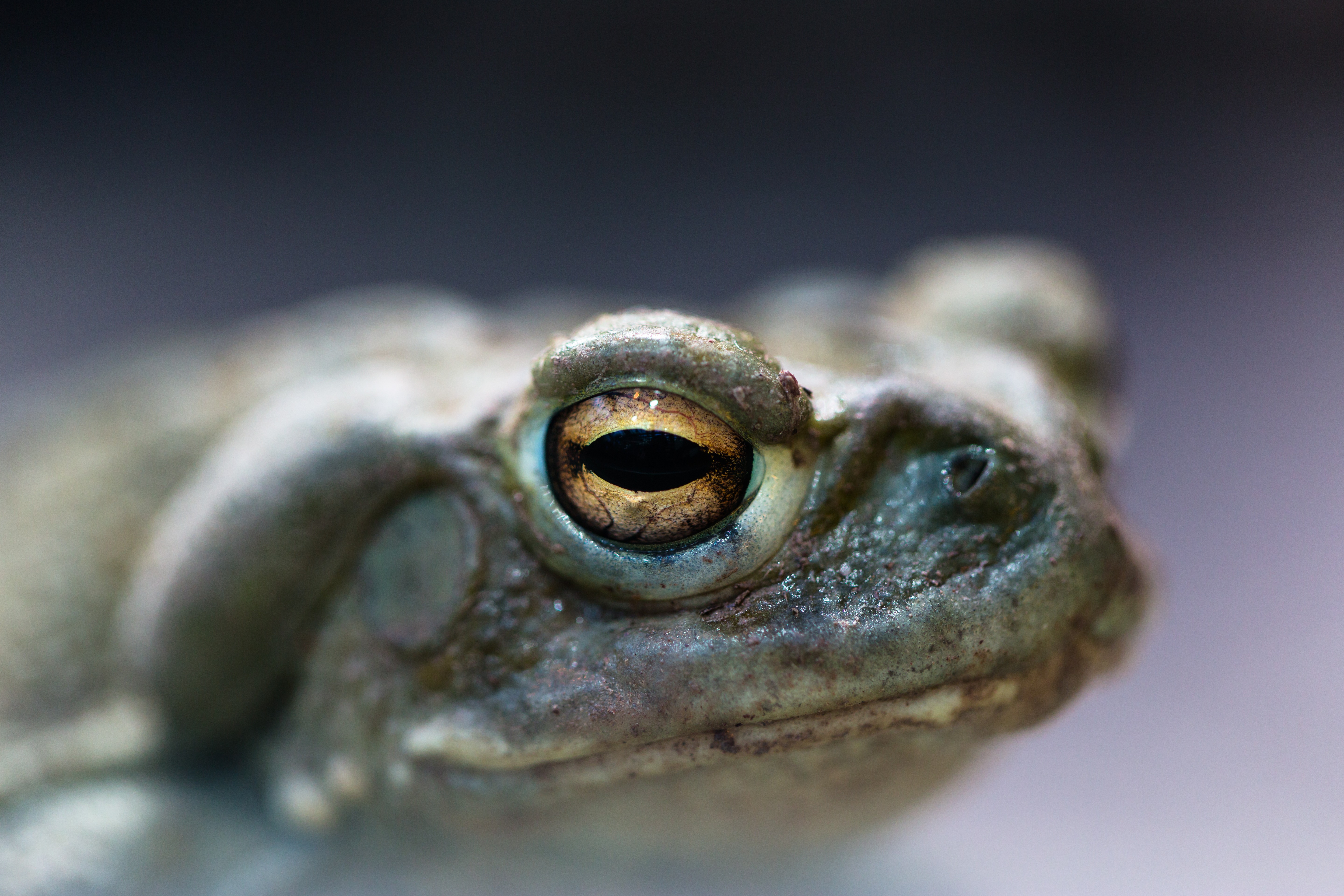 Hamilton Morris is making a critical point that should not escape the attention of psychedelic researchers as well as consumers of these substances. As a scientist, he is open to the idea of an entourage effect. But, he is questioning the relative importance of the entourage effect in light of the negative implications associated with harvesting toad secretions. He proposes that if the psychedelic research community thinks the entourage effect is important, the most socially responsible thing to do is make formulations of the compounds naturally occurring in toad secretions.

So, the first question is what is in the stuff, let’s analyze it, which I think is really kind of the only justifiable reason for milking toads right now, is to analyze the venom, figure out exactly what it contains, figure out how it changes seasonally. And then figure out a sustainable synthetic way to recreate it so that we don’t need to bother toads. ~ Hamilton Morris, WBAC 2019

I think that there is a strong argument to be made for using the synthetic as opposed to the toad dried material simply because you don’t have to harm or hurt, not necessarily that it does harm toads, but you don’t even have to risk it. And it’s easy to synthesize. ~ Hamilton Morris, in an interview with Joe Rogan

Hamilton Morris describes a path towards the best of both worlds. It consists of recreating the chemical mixtures found in toad secretions by using synthetic chemicals that can be easily made and combined without harming toads. In other words, there is an unmet need for making formulations having precise amounts of multiple active ingredients found in toad venom.

“I think what’s going to happen over time is that if intensive collection [of toads] continues, it’s going to create a vacuum in these areas, what is also known as a mortality sink,” Robert Villa, president of the Tucson Herpetological Society, told Jeff Kronenfeld in an interview for Psychedelics Today. Villa added that people should take time to examine the impact of sourcing their compounds, “It boils down to your individual ethics. As psychonauts, I would hope that you are able to think about how your use of substances and your acquisition of those substances has an effect on the rest of the world.”

Full-spectrum extracts could provide better therapies and personal experiences. This line of thinking makes sense given the presence of multiple active ingredients in toad secretions (as opposed to pure 5-MeO-DMT) and what scientists know about analogous natural medicines, such as cannabis.

Morris summed up the situation in his WBAC presentation by saying, “I feel very strongly that the best conservation tactic would be to use synthetic material and dedicate any resources that you have to just preserving their habitat or protecting them [the Bufo alvarius toad]…I don’t think there is a good sustainable way to milk these toads especially if this material keeps gaining popularity at the rate that it is.”

What about sustainable toad farming ? “ Milk Toads not Cows”

Hamilton Morris’ insight, wisdom, knowledge, and his clear and articulate way makes so many things, especially his view on drugs and how our broken DEA’s list of Scheduled Substances is literally a joke. JRE #1136 is a great podcast full of intelligent & informative opinions and ideas from both guys. I’ve recommended it many times. I look forward to his next invite. .