During his research for the episode, Morris discovered that the author of the toad booklet, who used the pseudonym Albert Most, was not Alfred Savinelli, as he was led to believe in an interview with Savinelli in 2017. Albert Most turned out to be a creative and reclusive man in Denton, Texas, named Ken Nelson.

Identifying Nelson led Morris to a treasure trove of stored artwork, photos, marketing materials, and other paraphernalia related to the Bufo alvarius pamphlet and Nelson’s other projects. Among the items Morris showed were plans Nelson had drawn for building a batch reactor that could synthesize toad venom. The reactor would then isolate and purify 5-MeO-DMT from the whole venom. For Nelson, who cares about the fate of the toads and their environment, this synthesis plan was the logical alternative to disrupting their habitat and milking their venom.

In April 2020, Psychedelic Science Review reported on Morris’s thoughts regarding the entourage effect with toad venom compounds. The article also discussed his efforts to raise awareness about the impact humans are having on the toads and their environment. Nelson’s vision of a batch reactor for making 5-MeO-DMT struck a chord with Morris, being in the same wheelhouse as his conservation efforts.

Nelson’s vision of a toad venom synthesizing reactor has not been realized yet. However, Morris gets the ball rolling by demonstrating how 5-MeO-DMT can be made in the lab at low cost and with high yields. 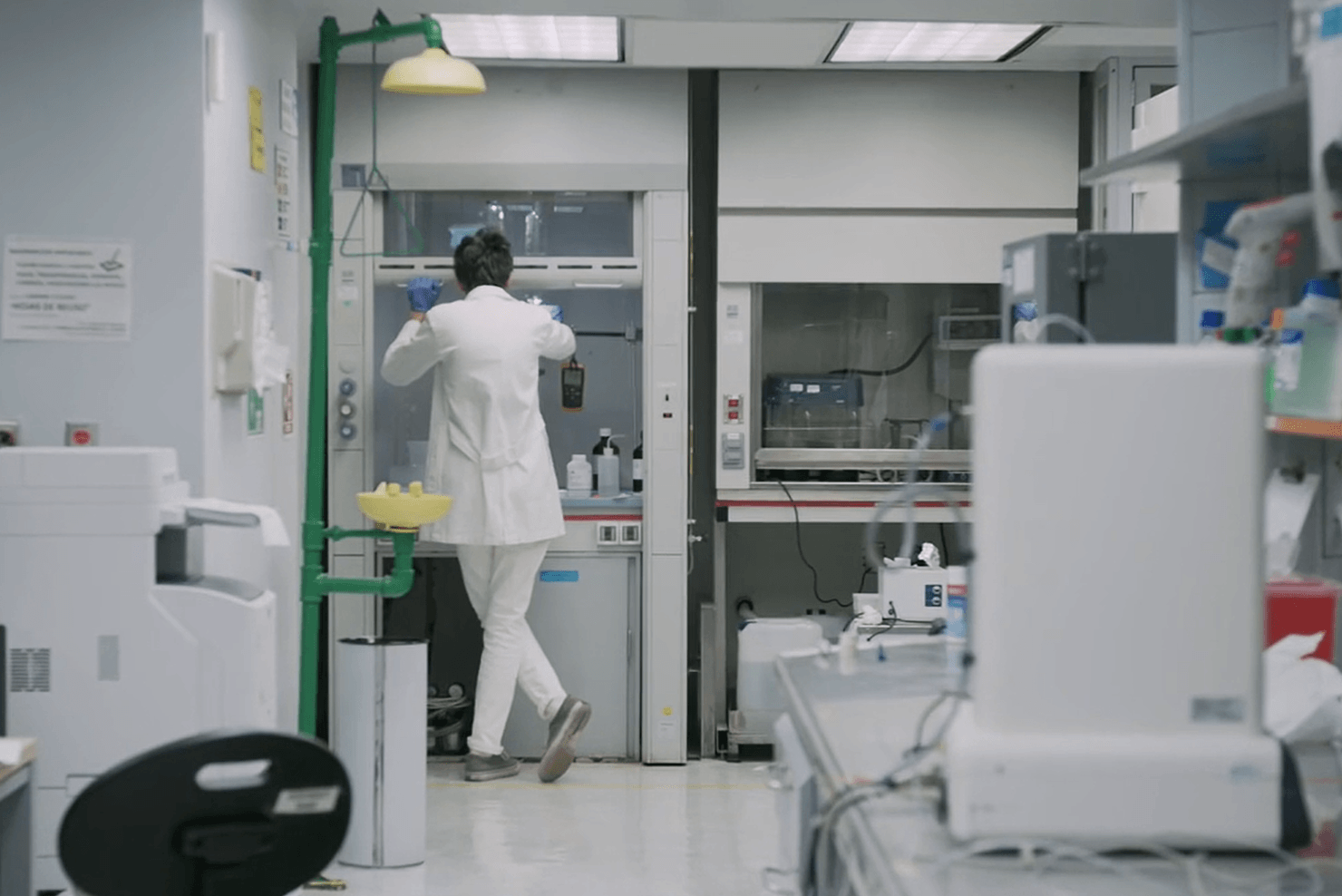 The episode shows Morris working in a lab in Mexico where it is legal to make 5-MeO-DMT. He beings with 100 grams of 5-methyoxytryptamine freebase and guides viewers through the chemical synthesis process of making this single compound found in the complex natural mixture that is toad venom.

I believe one person can produce enough 5-MeO-DMT to supply everyone that would ever want it.

Morris hopes that calling attention to the 5-Me-O-DMT synthesis method will drive psychedelic research toward developing synthetic methods for making toad venom compounds and away from the toads. To that end, Morris has reissued Nelson’s 1983 Bufo alvarius pamphlet, which now includes the full 5-MeO-DMT synthesis method summarized on the show. All profits from the sale of the pamphlets go to toad conservation and Parkinson’s research. The latter is something of a tribute from Morris to Ken Nelson, who suffered from Parkinson’s disease and died about six weeks after Morris interviewed him.

The Continuing Debate on the Entourage Effect in Toad Venom

5-MeO-DMT is just one compound found in toad venom. There are many others, such as the bufotenin, bufotenidine, and still more yet to be discovered. Due to the current lack of scientific evidence, Hamilton Morris is understandably skeptical of any entourage effects happening with toad venom. In contrast, some toad venom researchers in attendance at the 2019 World Bufo alvarius Conference (WABC) in Mexico City told Morris a different story. In the episode, the researchers shared results from their unpublished work indicating that “Smoking the toad is different than smoking the synthetic [5-MeO-DMT].”

Episode one of this season’s Hamilton’s Pharmacopeia brings toad venom full circle. It travels from the first comprehensive publication on how to find, harvest, and smoke 5-MeO-DMT, to the impact of that knowledge, to creating a solution space where both humans and toads can benefit.

Great article and really interesting topic. Thanks for writing. From what I can tell, Hamilton Morris’s method is different from the method that was recently published by Alexander M. Sherwood, Romain Claveau, Rafael Lancelotta, Kristi W. Kaylo, and Kelsey Lenoch. Sherwood et al reported synthesizing the succinate salt in 49% overall yield and 99.86% purity by using the Fischer Indole Reaction. It appears as though Hamilton Morris used 5-methyoxytryptamine freebase as the starting material, which suggests that he used the Eschweiler–Clarke Reaction. (Route 2 in the Sherwood paper.) According to Dr. Sherwood, this is “a viable process” but “given the… Read more »

Im amazed that people are smoking it, never tried it that way, but instead ingested it in a gel cap 25mg and had a very profound yet quick trip to another dimensions AKA an afterlife experience. Best OBE ever, cant reccommend it enough.

I just watched Hamilton’s new episode, covering discovery, introduction and the life long work of Ken Nelson. I’m hoping that this research will help millions as a result. What Hamilton has done to help Ken is a great example of humanity reflecting the image of our Creator. There are far too many out there taking credit for work that is not theirs. I am glad that Mr. Nelson will be getting the recognition he deserves as he opened the door to a field which is at its infancy. I will be setting up a trip(pun intended) down the road to… Read more »

I appreciate this exciting news! And thank you all for your interesting and helpful comments as well.

Also, I wanted to ask if any of you had any thoughts or opinions on microdosing 5-MEO-DMT? I have great results microdosing other psychs and have been considering trying it too.

Haven’t personally tried or taken psychedelics but I am a fan of fighting depression and would like to point out that saving a toad is emotionally better than killing one. Synthetic anti depressant, even just saying sounds gross but if it means keeping nature in balance, whatever that means, shouldn’t we all be for it? Don’t agree with using psychology as a way to convince parents into giving their kids psychedelic medication nor do I agree with religion and cults taking advantage of their faithful followers by using psychedelics to quote enhance their spiritual journey or ritual. At the end… Read more »