The perception of the senses is partially driven by the past experiences, the thoughts at the moment and the expectations for the future, in what is called top-down brain processing.1 This means that the minds’ background influences how senses are perceived. Thereupon, the sight can play tricks on the brain and vice-versa. For example, it is not uncommon to see shapes that look like objects and things that are not really there.

Interestingly, these experiences fit reasonably into the definition of hallucinations, which is the perception occurring inside the brain in the absence of the corresponding external stimulus.2 It is true that hallucinations are frequently correlated to psychotic disorders, which makes sense since it is one of the five remarkable symptoms of diagnostic criteria for them.1 However, it is not an exclusive feature of brain malfunction and can be experienced by healthy subjects.3

Physicians have proposed in the past that the altered state of consciousness induced by psychedelics could share neural mechanisms and clinical features with psychosis, constituting – therefore – a reliable “model of psychosis.”4 This theory was fairly well accepted by mainstream culture and even among specialists for some decades. LSD, upon its discovery, was given to people and self-administered by doctors in order to mimic psychosis and better understand it. However, a deeper look into the neurobiological and phenomenological perspectives about hallucinations reveals that they are more nuanced than previously believed regarding the related mechanisms underlying these two experiences.

The first thing to pinpoint is that it is not completely clear whether synesthesia and synesthesia-like experiences qualify or not as hallucinations. That would be a distinctive feature since they occur very often under serotonergic psychedelics but are quite uncommon in psychotic episodes.5,6  Synesthesia is characterized by the blending of the different senses producing the sensation of a different modality, such as hearing shapes and tasting colors.

The molecular mechanisms underlying schizophrenia at the neurotransmitter level are not completely understood by pharmacologists. But, they are known to be mostly linked to dopamine signaling, while psychedelics are use mostly serotonin receptors.13 Still, some psychedelic drugs mimic certain aspects of schizophrenia, especially paranoia. 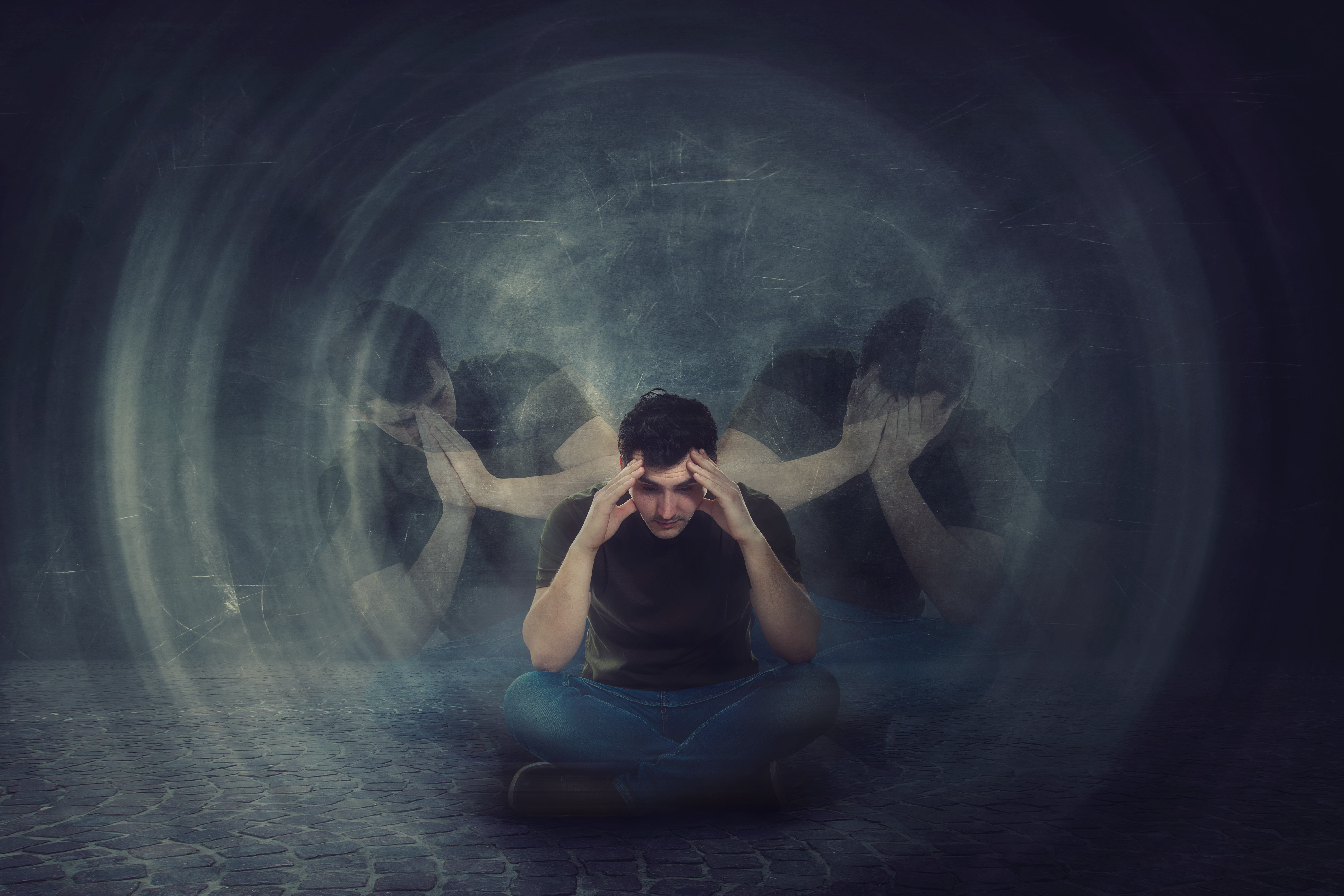 A couple of antipsychotics were discovered empirically in the past by their assumed ability to neutralize LSD effects, supporting psychedelics as a model for psychosis.14 However, LSD also interacts with dopamine receptors, and serotonergic-only high-affinity antagonists show little or no efficacy as antipsychotics. Therefore, if the mechanisms were exactly the same, some psychedelics that act only at serotonin receptors (such as phenethylamines) would not induce hallucinogenic experiences.15,16 Moreover, a compound named ketanserin (serotonin receptor blocker) effectively abolishes the psychedelic subjective experience and has little effect on dopamine receptors.17

When it comes to brain imaging studies, the differences and similarities between these two phenomena become foggy. The onset of hallucination in schizophrenic patients is correlated with hyperactivity within associative cortices related to the hallucinatory modality (i.e., auditive, visual, etc) rather than primary sensory cortices. LSD and psilocybin seem to induce the opposite –  overactivation of primary cortices and reduced association.18,19  However, both psychotic- and psychedelic-induced hallucinations are associated with reduced stability of functional brain networks, such as the disintegration of resting-state networks. Recently, a comprehensive speech analysis pushed away the kinship between psychedelic-induced and schizophrenic behavior using machine learning algorithms.20 Computational modelling now can help to make inferences about the shared mechanisms and clarify whether or not psychedelics trigger psychotic-like hallucinations.

In summary, there are probably more differences than similarities underlying psychotic and psychedelic-induced hallucination experiences. It cannot be overlooked that the social stigma and political constraints – that marked the whole history of psychedelics in modern western culture – can shape the general thinking of these drugs as harmful for brain health and devoid of therapeutic value.

It is important to mention that when analyzing answers from more than 135,000 respondents of the US National Survey on Drug Use and Health (NSDUH), individuals who declared having used a “classic” psychedelic at least once were not at increased risk of developing mental health issues, including schizophrenia, psychotic episodes, and suicide attempts.21

Psychedelics are believed to be useful tools to treat neuropsychiatric conditions and visual hallucinations are part of the insightful experiences that some argue being necessary for therapeutic effects.22 Still, the promising therapeutic potential and possible differences between psychosis- and psychedelic-induced hallucinations do not refute the strong contraindication for patients with psychotic disorders or a predisposition to developing them.23

José is a biomedical scientist, specialist in Neurorehabilitation, master in Cell Biology, and Assistant Professor of Tissue Biology based in Brazil. He is currently pursuing his PhD in Cellular Biology, investigating the effects of psychedelics on brain organoids at the Federal University of Rio de Janeiro (UFRJ).

Typo: “while psychedelics are use mostly serotonin receptors”

I took LSD a few times in my twenties with no ill effects…just watching everything take on amazing colours and finding myself unable to speak coherently for a while. Many years later I had a psychosis after build up of emotional and work stress aggravated by feeling unable to admit or disclose to anyone what I was going through. I became paranoid and felt the world had reversed and imploded on me but I eventually recovered and I’ve been fine since. I kept trying to escape and then realised that I was still me, the grass was still green, the… Read more »

Nuts. Just posted. Now it’s gone. Well I’m not going to repeat myself but I’d like to add that as lucid dreams come readily to me without taking back up drugs, and have done since I was a young child, I personally will never take psychedelic drugs x even if I did a few times in my early twenties