The serotonin 5-HT2A receptor plays a crucial role in learning and cognition and is one of the primary targets of the psychedelic drug lysergic acid diethylamide (LSD). Mice (murine) models have been used extensively to understand the complex neuropharmacology of the 5-HT2A receptor. This article is an overview of the similarities and differences between human and mouse 5-HT2A receptors and the implication for psychedelic research.

The serotonin 5-HT2A receptor (5-HT2AR) is a G protein-coupled receptor (GPCR) modulated by the excitatory monoamine neurotransmitter 5-hydroxytryptamine (5-HT, Figure 1), commonly referred to as serotonin. The 5-HT2ARs are distributed throughout the periphery in the smooth muscle and the mammalian brain with the highest receptor densities found in the cortex and frontal cortex thought to form functions in memory and learning. Clinically 5-HT2AR is implicated in several psychiatric disorders, including schizophrenia, depression, obsessive-compulsive disorder, and autism, with treatment accompanied by 5-HT2AR antagonists.1 The main target for several psychoactive drugs acting as 5-HT2AR agonists include the indoleamines (Figure 1), LSD and DMT, and the substituted phenylethylamines such as DOM and 25I-NBOMe (Figure 1).

Murine Models for the 5-HT2A Receptor

To understand the complex pharmacology of 5-HT2AR and to ensure the clinical success of developing therapeutics, mice (Murine) are often used as a first model organism. Drugs acting as 5-HT2AR agonists can be identified in mice through the head twitch response (HTR).2 When a mouse is administered a 5-HT2AR selective agonist there is a paroxysmal rotational movement of the head. This action is blocked by the treatment of selective 5-HT2AR antagonists or mice lacking the 5-HT2AR gene. While there is evidence the 5-HT2C receptor can also be responsible for the HTR, the 5-HT2AR induced HTR is a quantifiable model that often correlates with drugs inducing hallucinogenic experiences in humans and has been extended to correlate with a human–drug dosage.2, 3

Mouse models have been useful to distinguish ligand effects on different 5-HT receptor subtypes. For instance, the indoleamine psilocin was shown to act as a nonselective 5-HT receptor agonist with activity against the 5-HT1A, 5-HT2A, and 5-HT2C receptors, whereas 1-methyl psilocin was shown to act selectivity to 5-HT2A (Figure 2).4  The psychedelic compound 25CN-NBOH (Figure 2) has been shown to be highly selective for the 5-HT2AR over other serotonin receptors. However, as demonstrated through in vivo mouse models, 25CN-NBOH selectivity does not correspond to a high efficacy matched by the nonselective agonist DOI, suggesting potential pharmacokinetic factors such as metabolism, absorption, and/or distribution.5,6 Both compounds, DOI and 25CN-NBOH, have also been implicated in temporal and spatial perception in mice by acting selectivity through 5-HT2AR.7

The 5-HT2AR amino acid sequence is highly conserved between species, with the mouse and human receptor sharing 91% sequence identity.8 Only a single amino acid residue differs within the orthosteric binding pocket; in the human 5-HT2AR there is a serine amino acid, whilst in the mouse 5-HT2AR this position is replaced with alanine.

In the human 5-HT2AR crystal structure, the serine2425.46 hydroxyl side chain forms specific hydrogen bonding interactions with LSD (Figure 3).9 Replacing serine with alanine would abrogate this hydrogen bonding interaction which was supported through mutagenesis studies. Mutating serine 2425,46 to alanine was able to maintain the binding affinity of LSD but resulted in an increased dissociation rate from the receptor suggesting a role of serine242 in the long binding kinetics to LSD. This interaction may be ligand-specific as other 5-HT2AR agonists and antagonists do not form the hydrogen bond interaction.9, 10

Even prior to the 5-HT2AR crystal structure, Canal et al. showed the importance of the human 5-HT2AR interaction with the serine242 residue for binding trans-4-phenyl-2-dimethyl aminotetralin (PAT) compounds (Figure 4).11 Specifically, (+)-6-OH-7-Cl-PAT had a 40-fold-lower binding affinity at the mouse receptor compared to the human and was inactive against the mouse 5-HT2AR, but a partial agonist to the human 5-HT2AR. Mutating the human 5-HT2AR serine 242 to alanine residue resulted in decreased binding affinity which was comparable to the wild type mouse 5-HT2AR. Molecular docking showed the (+)-6-OH-7-Cl-PAT to interact specifically with serine 242. The presence of two chiral centers in the PAT compounds highlights the importance of three-dimensional complementarity in receptor binding and activation. 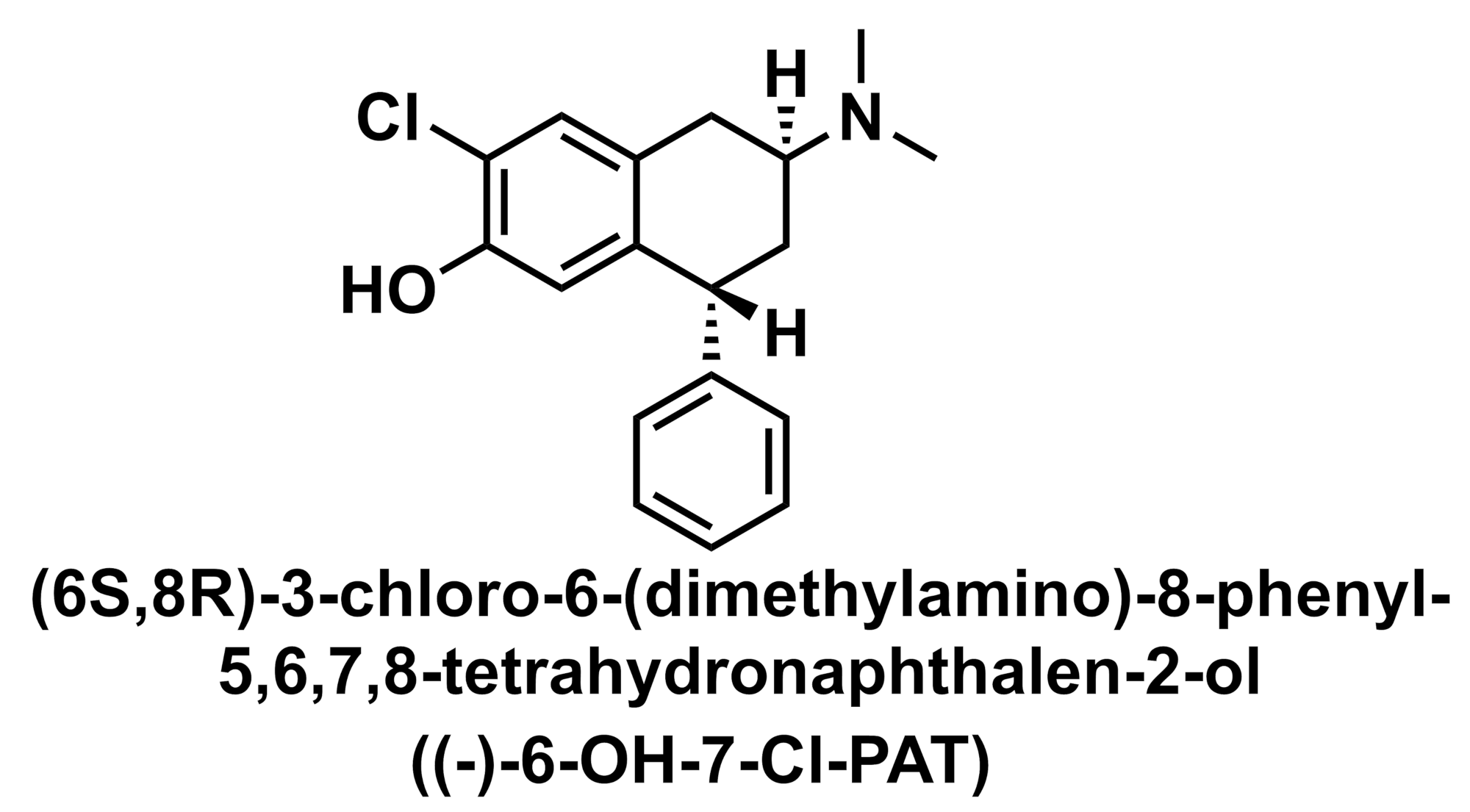 Understanding the drug effects on receptor density can be surrogate as disease models in humans. For instance, a recent study involving schizophrenic post-mortem samples suggested the number of available binding 5-HT2AR  is increased compared to non–schizophrenic patients.13 Comparatively, at post-mortem, schizophrenic patients treated with antipsychotics had reduced 5-HT2AR density suggesting a role of hyperactive 5-HT2AR in schizophrenia. Increased 5-HT2AR density or hyperactive receptors have also been implicated in the pathogenesis of major depressive disorders and treatment with antidepressants may lead to their downregulation, resulting in antidepressant effects.14

The role of mouse models can also help identify new psychoactive compounds. Recently, quipazine (Figure 5) and 2-naphthalene piperazine (2-NP, Figure 5) had been shown to be agonists of 5-HT2AR and induced a HTR in mice that were blocked by 5-HT2AR antagonist M100907.15 For quipazine, binding affinity was similar across species. Interestingly, the related analogues isoquipazine and 1-naphthalene piperazine (1-NP, Figure 5) acted as antagonists on the 5-HT2AR. The authors go on to suggest that quipazine and 2-NP belong to classical psychedelics outside core phenylethylamine structure (Figure 1) and point to the relatively unexplored psychedelic chemical space.

Murine models have provided some key insights into the function of the 5-HT2AR and its ability to bind agonist compounds by inducing the head twitch response. Important developments have been in understanding the species differences in receptor binding affinities and receptor densities which can then be applied to disease (mice) models to support translational medicine. Mice models have also been used to help identify 5-HT2AR agonists which could potentially be psychoactive in humans. As with any scientific or animal model, it is essential to clearly and explicitly identify the purpose of the model which then must be validated.