Psychedelics continue to gain attention for their potential therapeutic effects, but the history behind these compounds is often forgotten. Here, the historical use of psychedelics to treat substance use disorders (SUDs) is discussed, with some highlights on what we know about the possible mechanisms behind these effects.1

The peyote cactus (Lophophora williamsii) is native to Mexico and southwestern Texas and contains the psychoactive ingredient mescaline, which is considered a classic psychedelic. Mescaline produces hallucinations and alterations in sensory perception through mainly the serotonin 2A receptor (5-HT2AR).2-4

Indigenous cultures native to Mexico and the southwestern United States have used the peyote cactus in rituals to treat a variety of physical and psychological ailments, including alcoholism, for over 6,000 years.1,2 The Native American Church was formed in the 1800s, and still to this day performs sacred rituals using peyote with government authorization and reimbursement through Native Health Services.3 These ceremonies typically consist of a group of people taking small amounts of peyote overnight and include participation in prayer, music, songs, and chants. The ritual and social aspects of the ceremony are extremely important to the Native American Church’s treatment.

In combination with the spiritual aspects of the ritual, there is a sustained physiological response or “after-glow” associated with the ingestion of peyote. This sustained response is thought to be due to an interaction between serotonin and dopamine in the brain’s reward pathway.4,5

1,000 CE – Ayahuasca and the Shamanic Ritual

Ayahuasca is an herbal brew, most commonly consisting of a mix of the native Amazonian Banisteriopsis caapi vine and leaves of the Psychotria viridis shrub.6 Ayahuasca brews typically contain N,N-dimethyltryptamine (DMT), a classic psychedelic that also acts mainly through the 5-HT2AR, and monoamine oxidase inhibitors that prevent DMT from being metabolized as quickly.7

Ayahuasca has been widely used in an array of shamanic rituals, social gatherings, and healing ceremonies for centuries by the indigenous peoples of the Amazon Basin in South America.6 Ceremonial consumption of ayahuasca brews is led by Shamans and takes place overnight, usually accompanied by guided meditation, song, and some purging, which is believed to release built-up emotions and negative energy. It has been used to heal several ailments, including anxiety, depression, and substance use disorder. In the 21st century, ayahuasca treatment centers exist all over the world to treat different neuropsychiatric disorders, including substance use disorders. Informal evidence suggests that the healing rituals can help those with a history of relapse and treatment failure, specifically those with alcohol use disorder. The therapeutic effects are thought to be from the active compound, DMT, and the hypothesis is that it increases dopamine levels and decreases withdrawal symptoms.5-8

Iboga (sometimes spelled eboga or eboka) refers to a small variety of African plant species in the Apocynaceae family, principally Tabernanthe iboga and T. manii.8 The active compound in this plant species is ibogaine, whose pharmacological mechanisms still remain largely unknown but are thought to be partially through glutamatergic NMDA receptor activation. Iboga has been used for centuries as a medicine and sacrament in tribes of West Africa. Iboga is also used as an agent for alertness in hunter/gatherer tribes such as pygmy tribes in the Congo Basin of Central Africa.9,10

Ibogaine gained mainstream attention at the turn of the 20th century, through its use in spiritual rituals of the Bwiti religion to promote radical spiritual growth, stabilize community structures, and resolve pathological problems such as SUD.10,11 In the 1960s, informal treatment groups began to use ibogaine to treat substance use disorders. Subjective reports suggest decreased craving and withdrawal symptoms in those with opioid use disorder following ibogaine treatment lasting up to two months.11 The pharmacological mechanisms behind these reported effects still remain largely unknown and are being currently investigated.

Lysergic acid diethylamide (LSD) was synthesized in 1938 and serendipitously ingested in 1943 by Albert Hofmann, a Swiss chemist working for Sandoz pharmaceutical company. He noted that it produced a “not unpleasant intoxication characterized by an extremely stimulated imagination” which faded away about two hours later.12 Following these reports, LSD then gained the interest of several research groups, including the United States government, to study its effects on human behavior and psychosis, as well as treating those with substance use disorders. LSD also became very popular recreationally and was associated with the counterculture movement of the 1960s before being classified as a Schedule I compound under the Controlled Substances Act in 1971.13 This classification led to the halting of all psychedelic research in the United States.

The use of LSD to treat alcoholism is noted as the most widely investigated clinical application of psychedelics, although many older findings are dismissed due to poor design, lack of follow-up, low participant numbers, and reliance on self-reporting.14 A meta-analysis of six randomized control trials with 536 patients found LSD to decrease alcohol misuse and increase abstinence after one dose, with these effects persisting for 6-12 months.14 LSD is known to activate the 5-HT2AR in rodents and humans, and its effects on perception are thought to be mediated by this receptor.15 It is currently unknown whether the potential therapeutic effects of LSD are mediated by this same receptor, or if there is influence from other receptors like dopamine receptors, which are known to be activated by LSD and are implicated in the rewarding effects of drugs of abuse.5

21st Century – Use of Psychedelics for SUDs

The turn of the 21st century brought hope for psychedelic research. Several clinical and preclinical studies focusing on psychedelic compounds including LSD16, 3,4-Methyl​enedioxy​methamphetamine (MDMA),17 psilocybin, 18-22 and synthetic analogs of mescaline have been completed or are currently ongoing.23

Several clinical studies in the last ten years have focused on psilocybin (psilocin being the active metabolite), which is found in more than 100 species of magic mushrooms including Psilocybe cyanescens in Europe and the west coast of the United States. A study by Bogenschutz et al. found that psilocybin treatment in combination with motivational therapy decreased heavy drinking days in people with alcohol use disorder.18 Psilocybin is also being investigated as a treatment for cocaine and methamphetamine addiction,19,20 as well as an aid for smoking cessation.21 Most recently, Johns Hopkins Medicine received the first federal grant for psychedelic-assisted treatment research in the last 50 years to assess psilocybin therapy for smoking cessation.22

Preclinical studies are also underway in hopes of elucidating the mechanisms behind the potential therapeutic effects seen in clinical trials. These studies are mainly focused on rodent models of alcohol use disorder, which found that psychedelics like LSD and 2,5-dimethoxy-4-iodo-amphetamine (DOI) both decreased preference and consumption of ethanol in a commonly used model of alcohol choice in mice.24,25 There is also some investigation into models of opioid use disorder in both rodent and non-human primates,23,26 but more research is necessary to determine the effects of psychedelics in these models.

While psychedelic research is at an all-time high since the Controlled Substances Act of 1971, it is important to remember the history surrounding these compounds. Indigenous people around the world have used these interesting substances for thousands of years, including in some of the applications in which they are being researched today. The rich history of psychedelics and their powerful ability to alter cognition and heal is important to take into account moving forward in modern applications of these substances. 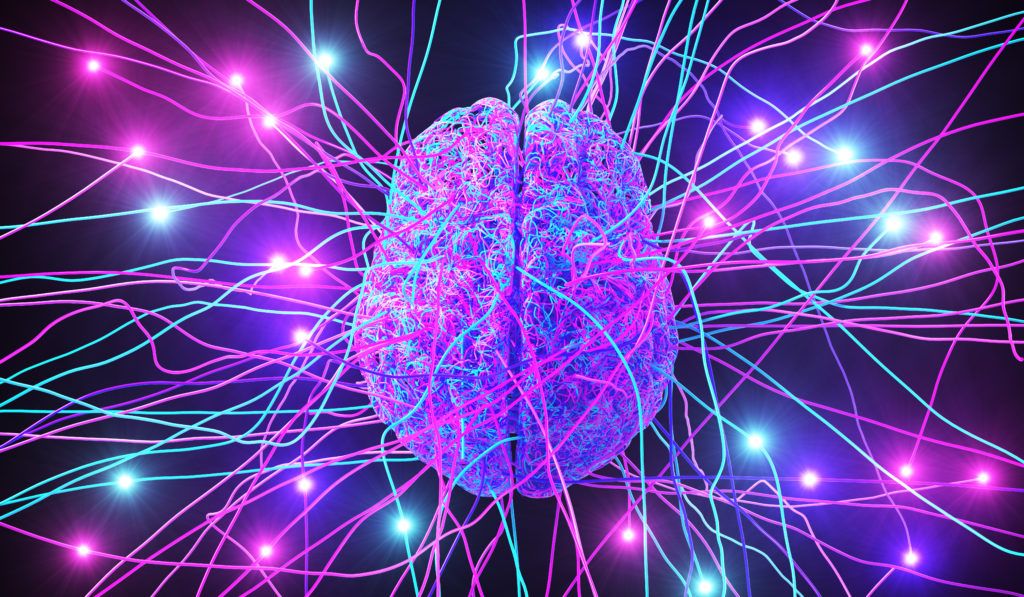 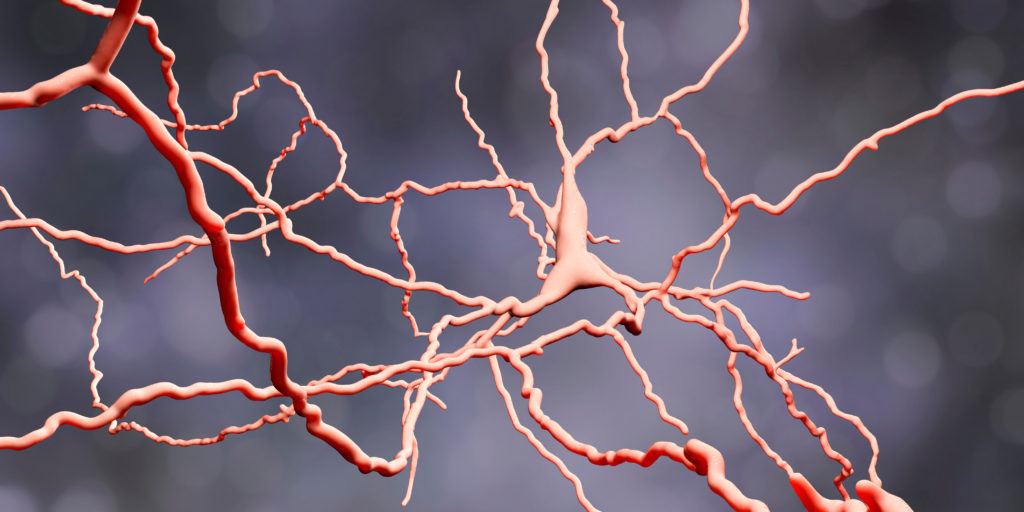 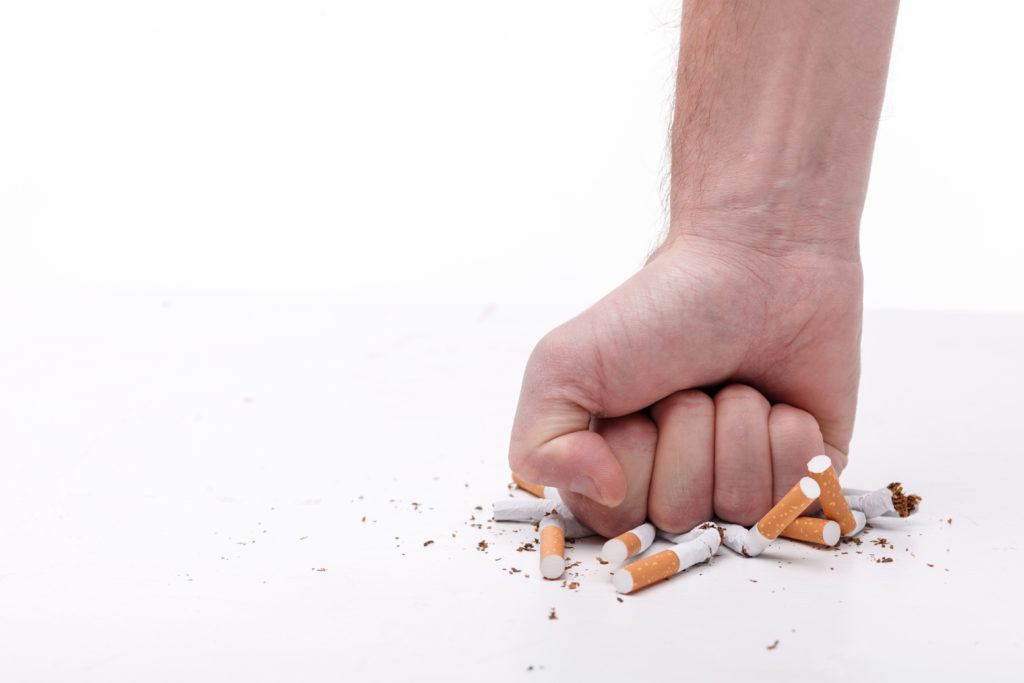