The show begins with a review of the research on the rye grain fungus known as ergot, which produces the alkaloid compound lysergic acid, among many others. Lysergic acid (a lysergamide) from the fungus is the starting material from which Albert Hofmann first synthesized LSD. Morris talks to Dr. Daniel D. Panaccione, a biochemist at West Virginia University, who has spent his career studying the life cycle of ergot to understand how and why it produces alkaloid compounds, particularly lysergic acid.

Morris poses a thought-provoking question to Panaccione regarding making ergot alkaloids, which are quite difficult to synthesize in the lab: “How does the fungus accomplish what is so difficult for human chemists?”

Panaccione explains that the mystery lies within the complex genetics of the fungus. “There are things you can do [genetically] to wake a fungus up to make them produce chemicals,” he says. Often researchers find they can activate all manner of unknown biosynthetic pathways that produce compounds that haven’t been chemically characterized yet.

He gives the example of the fungus that gives Camembert cheese (sometimes called brie) its unique aromas and flavors, Penicillium camemberti. He says he was surprised to find from his research that P. camemberti has all the genes needed to synthesize an ergot alkaloid. And yes, Panaccione says, “it wouldn’t be that difficult” to genetically engineer Camembert that contains psychedelic lysergamides.

So, why does ergot go to the trouble of making these alkaloids? It’s symbiosis. Panaccione theorizes that the fungus uses the rye as a food source in exchange for protecting the grain from insects. He has demonstrated the latter in his research by injecting insect larvae with ergot alkaloids and finding that it is lethal to them.

At the Forefront of Psychedelic Research

Feilding spoke about her background in psychedelics (including her experience with trepanation) and the research work of The Beckley Foundation, which spans a wide range of studies on compounds such as LSD, psilocybin, ayahuasca, and cannabis.

Last year, Psychedelic Science Review published a 2-part series on a study that solved the crystal structure of LSD bound to the human 5-HT2A receptor. Roth and Nichols were both co-authors of the paper, and the testing was conducted at Roth Labs. This crystal structure has swung the door wide open not just for studying the binding of compounds to 5-HT2A and their resulting effects but also for identifying new therapeutic compounds. As Roth puts it,

The Holy Grail of hallucinogen action right here. We have caught the hallucinogen in this stage of activating the receptor.

Morris also visited David Nichols at his lab at UNC-Chapel Hill, where he learned about his current research focus dubbed CELAD (Nichols also made the LSD that Roth used in his crystal structure work). The CELAD acronym stands for ChloroEthyl-Lysergic Acid Diethylamide and is described as a “nitrogen mustard derivative of nor-LSD.” 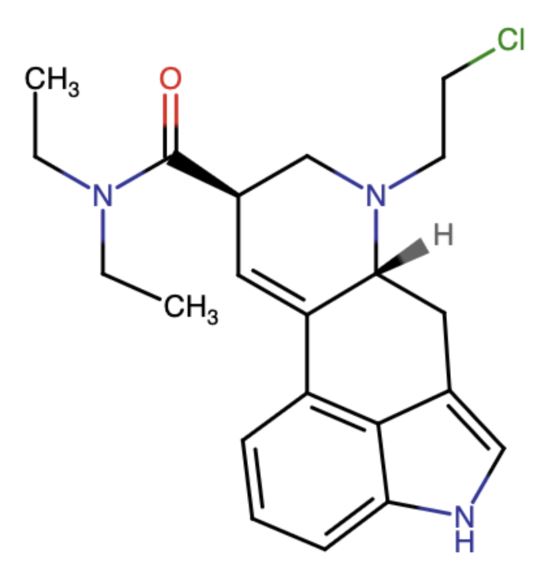 The chemical structure of CELAD. Image courtesy of Hamilton Morris.

In his quintessential Pharmacopeia manner, Morris relates how Nichols plans to apply CELAD to his psychedelic research. “Nichols’ psychedelic nitrogen mustard would form an electrophilic aziridinium ion that he hopes would alkylate a mutant 5-HT2A receptor forming an irreversible bond that could facilitate study of the drug-receptor complex.” 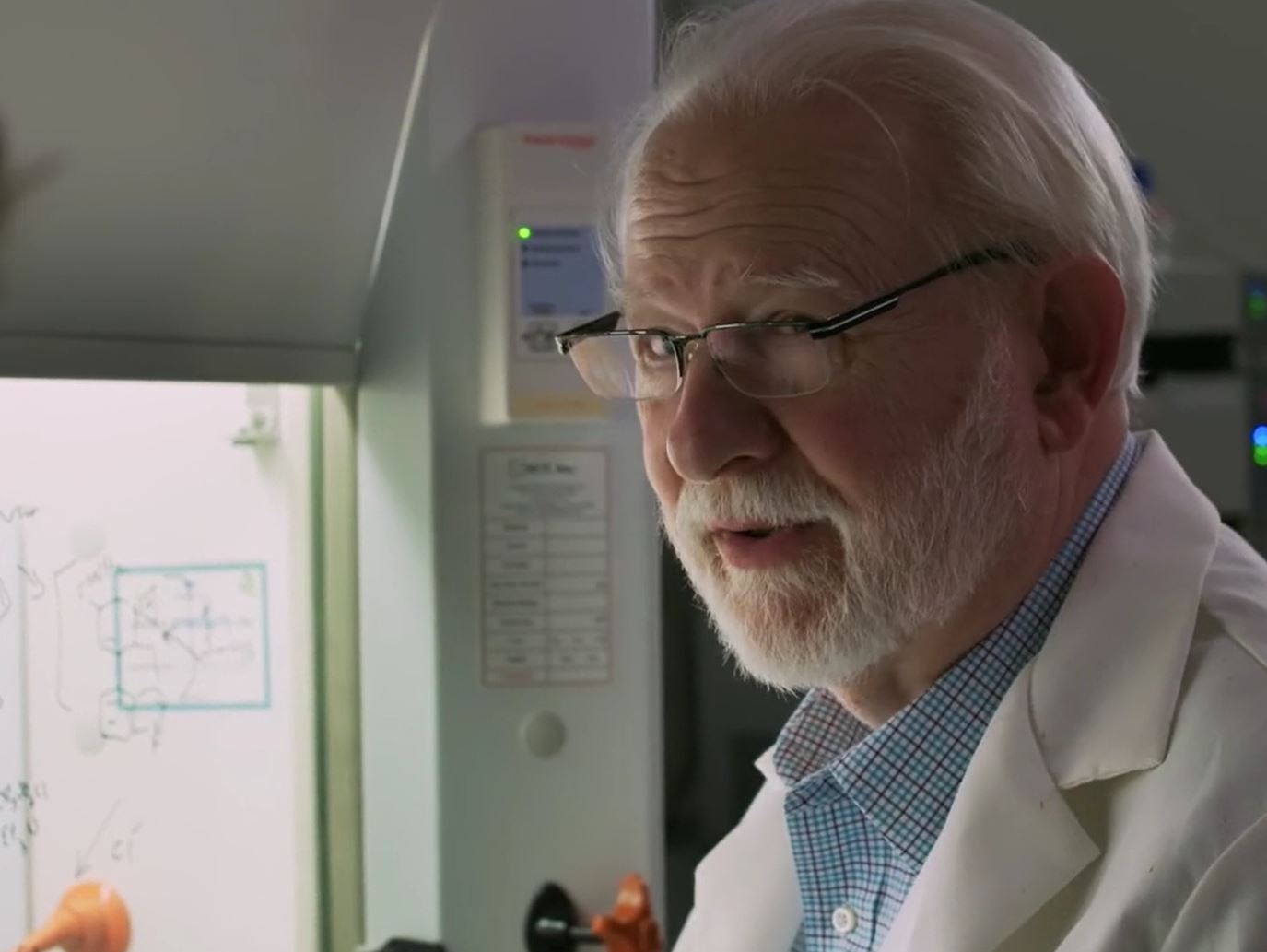 Nichols commented from his perspective on the rapid and revolutionary discoveries being made in psychedelics science:

I’ve spent my whole life in this field and never thought we’d get to the point we are now in my lifetime.

Bryan Roth is working with what he calls ULTRA-LSD, or Ultra Large Scale Docking. His lab uses in silico methods, among other computer tools, to screen compounds and identify those that are likely drug candidates. Roth is working from a virtual library of over 34 billion small, drug-like molecules, or as he describes it, “This huge universe of chemical scaffolds.” From this universe, Roth’s goal is to identify 100,000 novel scaffolds for the 5-HT2A receptor. He says, “We can do it. We’re doing it.”

Morris adds, “Should Roth succeed, the product will be countless novel psychedelic scaffolds that may be more potent than the lysergamides.” Roth can’t reveal what he’s learned so far in the project. But what he does say sounds like the beginnings of a whole new world of psychedelic study.

We have some now that are nothing like anything you’ve ever seen before.

One can hardly wait to see what the ULTRA studies yield. If the opioid receptors can have as many ligands of such a range of different structures of such phenomenal potency, why not 5-HT2a and the like?
I like the idea that thete will be totally novel compounds…look at salvinorin-a – who could have predicted that?

is it possible to work for Bryan Roth in his development of these new compounds? This field of research is my primary interest, and I would love to work for Bryan and help with the research,
i am hoping to get a reply on this matter